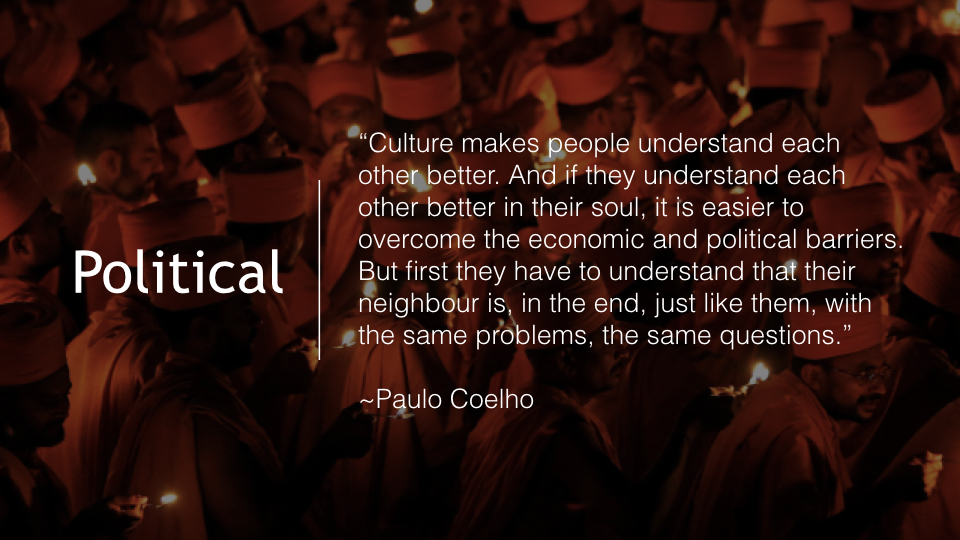 Being well educated is vital when traveling abroad, especially when the whole family comes along for the ride. By being better informed about the places we visit and their political atmospheres, we can make more positive impacts. 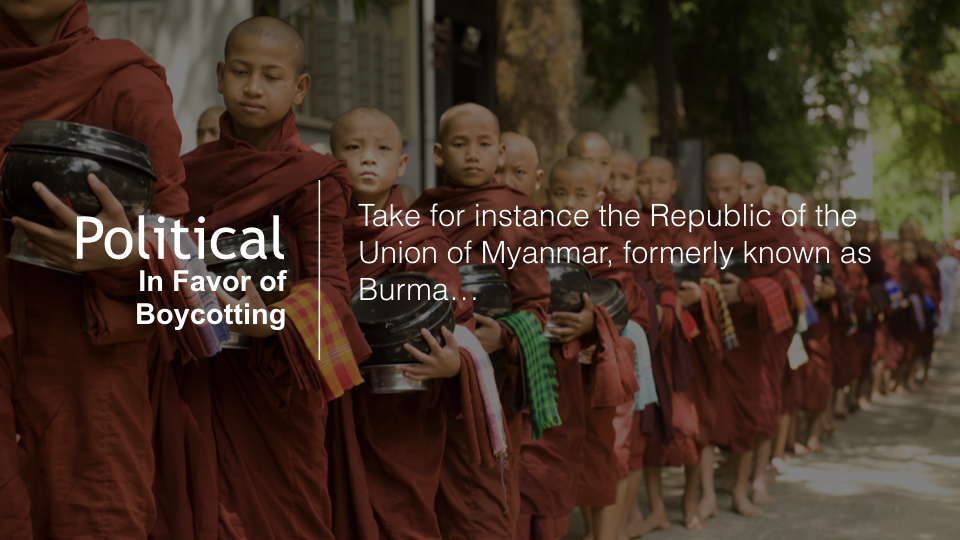 When traveling this great big world of ours, it is important to be well informed and knowledgeable on the political climates of the countries we visit. By educating ourselves on the issues present in government and policy, we can make decisions that will better help the people, instead of furthering agendas we might not ethically agree with.

Moral dilemmas are everywhere when you start to think about travel (that’s what this talk is all about). How do you reconcile visiting and possibly supporting regimes that have human rights violations, or poor standings with animal treatment, or have waged illegal wars? Is it immoral to even visit these places? Is it even safe to make this decision for my family?

Many people decide to boycott countries with policies that they don’t agree with. A good example of this is Thailand’s treatment of elephants or Uganda’s treatment of the LGBTQ+ community. A blanket boycott of a country, however, is not always the right thing to do.

In some cases, boycotting has been, and currently is, an effective way of protesting unjust and cruel authoritarian regimes. Take for instance the Republic of the Union of Myanmar (formerly known as Burma). Myanmar was ruled by the SPDC, a military regiment with a track record of human rights violations. In 1990, when the first democratic election was held, the National League for Democracy won in a landslide victory. But despite the overwhelming victory, they were given no place in the government. The elected leader, Aung San Suu Kyi, repeatedly asked tourists to not visit Myanmar, as every hotel in the country was owned by the SPDC and the proceeds from them would wind up in the general’s pockets. This changed in 2011, and since then the democratically elected government has opened their doors for international tourists. However, it is still a grey area, as the government’s treatment of the Rohingyan people could be described as ‘ethnic cleansing.’

This is a good example of boycotting being the morally correct thing to do.

On the other hand, we have to ask the question “Who are we really affecting by boycotting?” 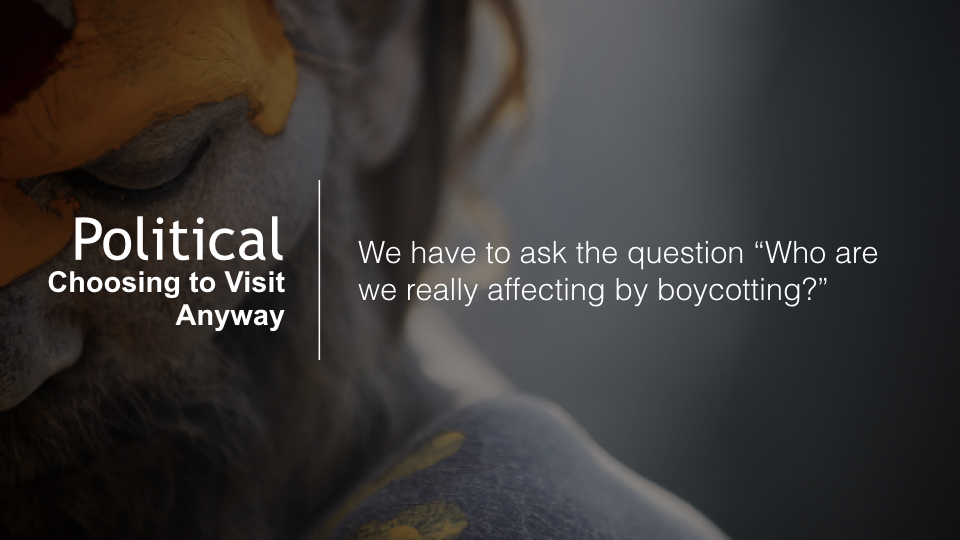 In most situations, the answer is generally the people; the individuals who have no choice but to live under these unfair conditions. By choosing not to visit a country, not only are we affecting the locals on an economic level, but we’re also showing them that their movements do not have international support.

How many of you are in favor of illegal wars, selling billions of dollars worth of weapons and toppling democratically elected officials in other, sovereign nations? We might be American, but that doesn’t mean we support or agree with all of the actions taken by our government. By this same logic, we have to assume that there are Thai people who are working against the country’s treatment of animals, and that there are LGBTQ positive people who are living and protesting in Egypt.

Some feel that by boycotting an entire country, we’re actually siding with the inhumane policies, and that silence is always in favor of the oppressor.

There are ways to visit countries with unethical policies in a responsible manner. I can still visit Thailand, despite the wide mistreatment of animals. I just won’t participate in or support those practices.

Instead, I’ll seek out ethical organizations, and show my support there, personally and economically. By doing this, I can positively make a difference and assist local movements, while learning from my international and multicultural experiences abroad.