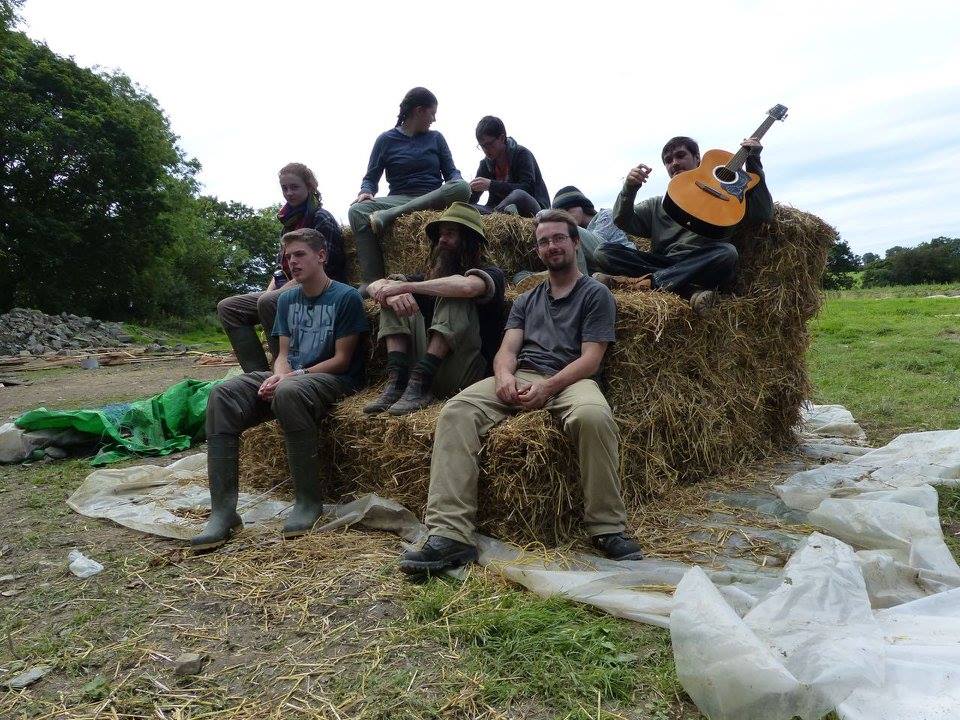 We’re getting closer and closer to the end of our trip, but don’t worry, there’s still a lot to talk about. The roundhouse is coming along great thanks to everyone’s excellent team work. 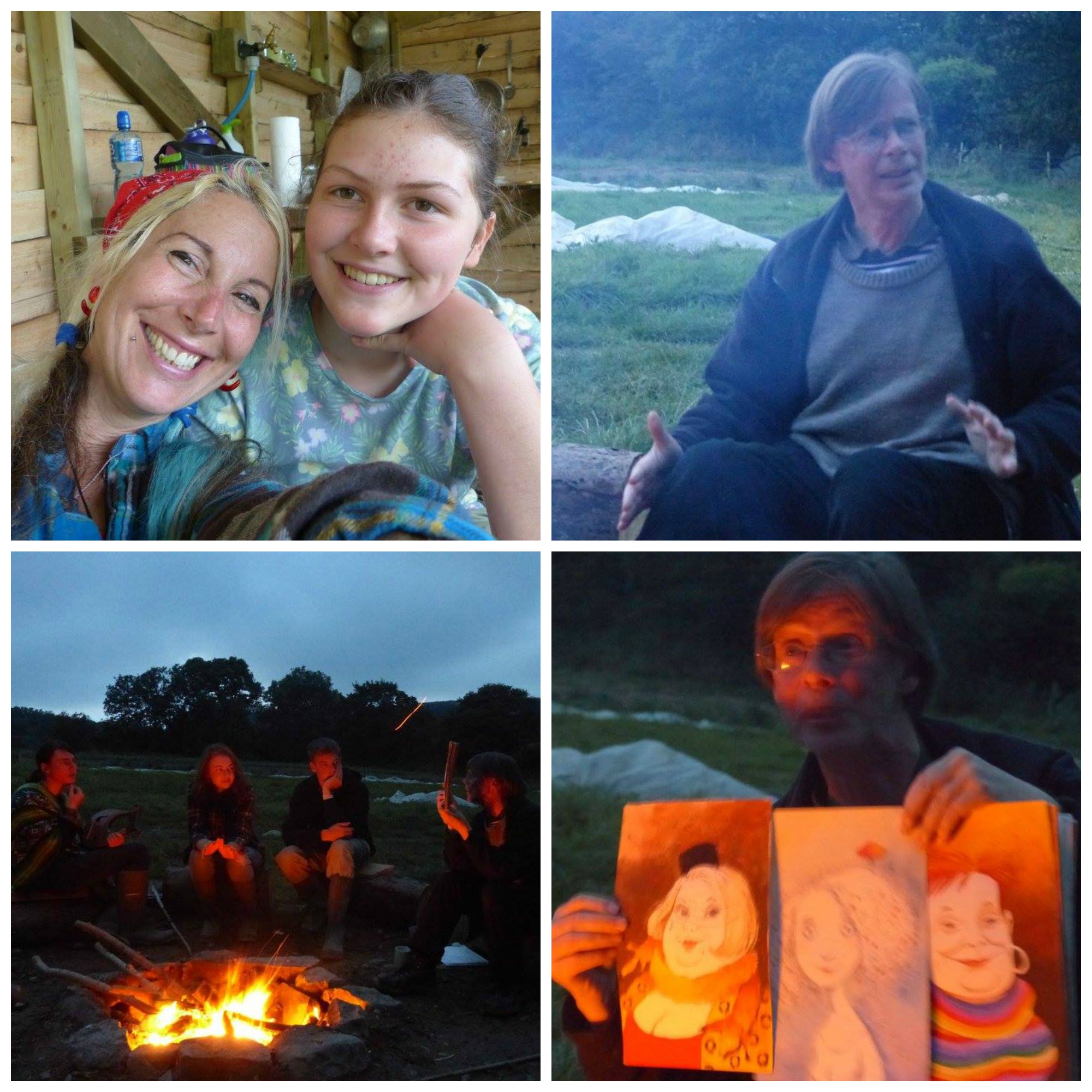 We had a wonderful session with one of our participants, Julia. She set up a traditional South African tea party and even taught us some of their national anthem.

This was followed by our third and final session with Peter Stevenson. This time he told us fantastic stories about the witches that supposedly lived in this area of Wales. He showed us some of his own drawings of these fabled witches. 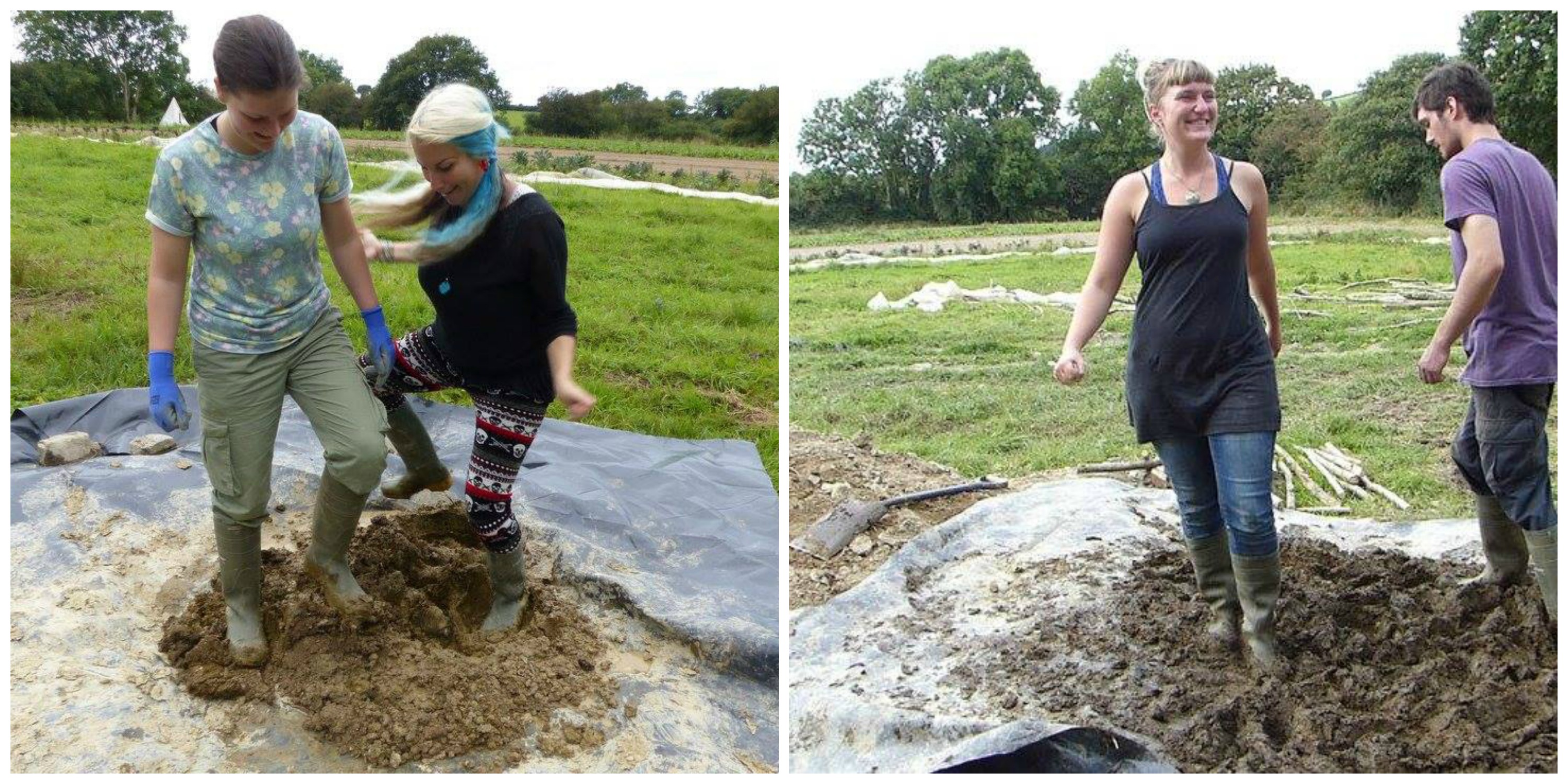 Now that we had the hay walls up, it was time for the plaster. The plaster we used was a mixture of clay and cow poop. Yeah, you read that right, actual cow poop! It was a smelly yet entertaining process.  It’s made by mixing them together by adding water and stomping around on it for a few minutes. We came up with some funny dances to make it more interesting. 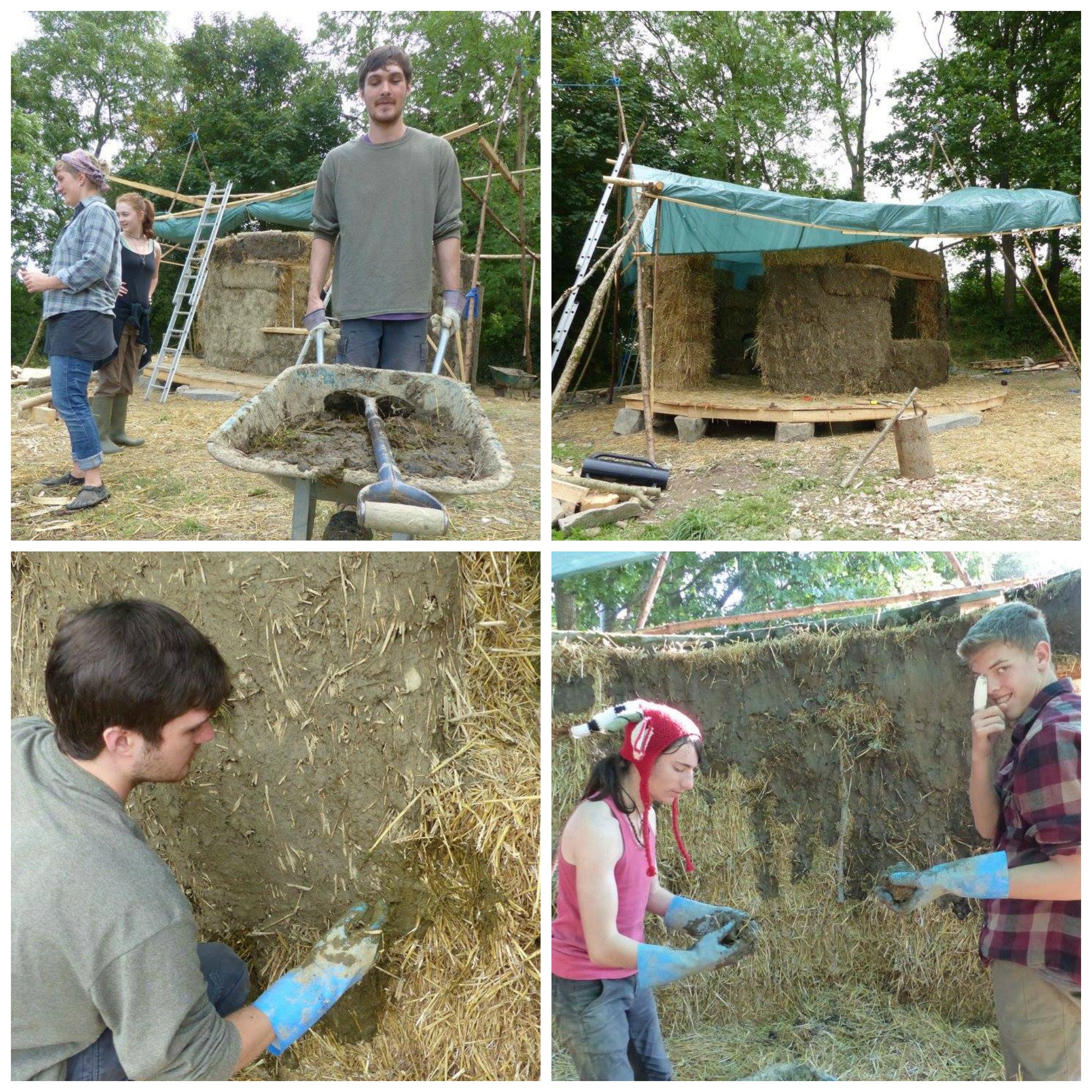 After the mix was made we brought it over to the house in a wheelbarrow. Our roundhouse building master, Oak, taught us that the best way for applying the plaster was to slap it on and push it up the side of the wall. He made it look easy, but it proved to be quite difficult to get it to stick at first. After some practice and a lot of poop jokes we all got the hang of it.

I thought the poop was fun and all, but I was definitely excited to get a break from it and move onto the wall plate. The wall plate is a bunch of big tree branches pegged together to form a circle that will sit on top of the wall to help support the roof. 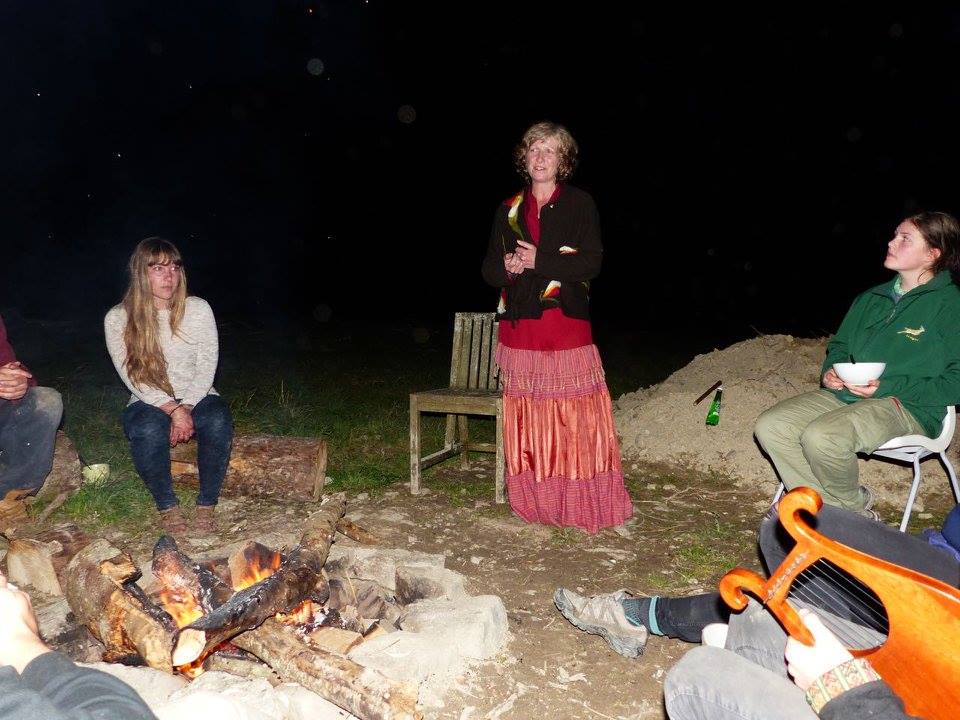 Following the mystical tales from Peter, it was very interesting to see a completely different style of storytelling from Milly Jackdaw. The way she used different sounds and voices was very theatrical. It really felt like we were in the story.

Now that we had the wall plate in place we could get started on the roof frame. The roof frame is made of a bunch of long beams that we cut down ourselves with an ax.

To put the roof frame up, we first had to use a big beam in the middle of the house to support the first piece of the frame. Then all the other beams will sit on the first one. Once they’re all in place it formed a cone shape that would hold itself together without any support.

Getting the frame of the roof up was no easy task, but thanks to the tremendous team work that our group has shown we got it up in no time. We’re nearly done. Stay tuned for the next post!