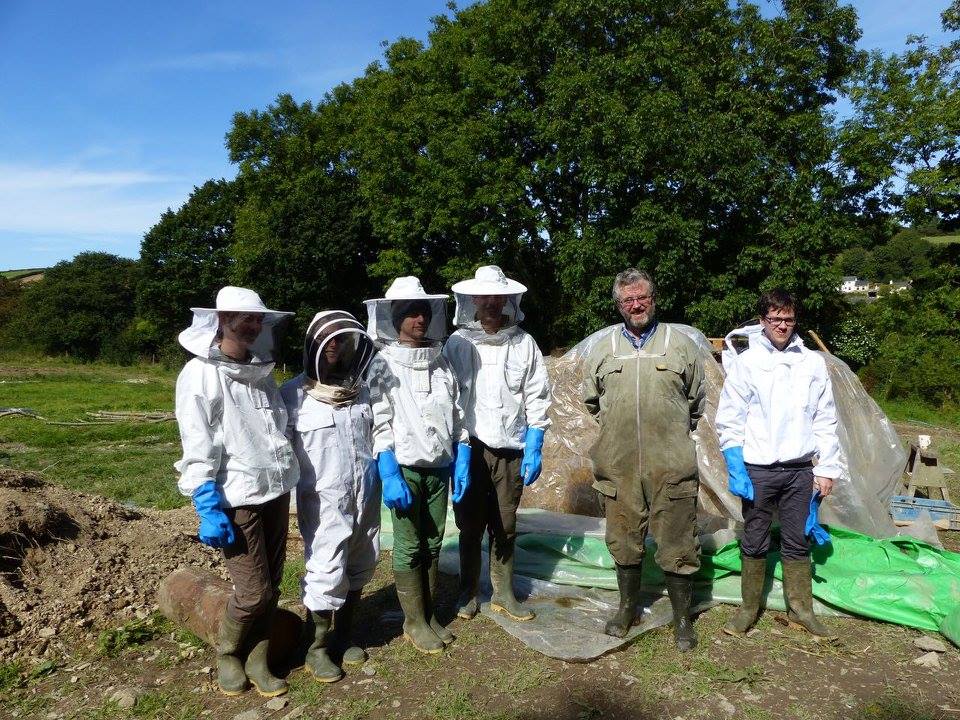 The start of the retreat was great, but there is so much more to talk about! We got to work on the roundhouse construction beginning with the foundation. Everyone worked together really well. 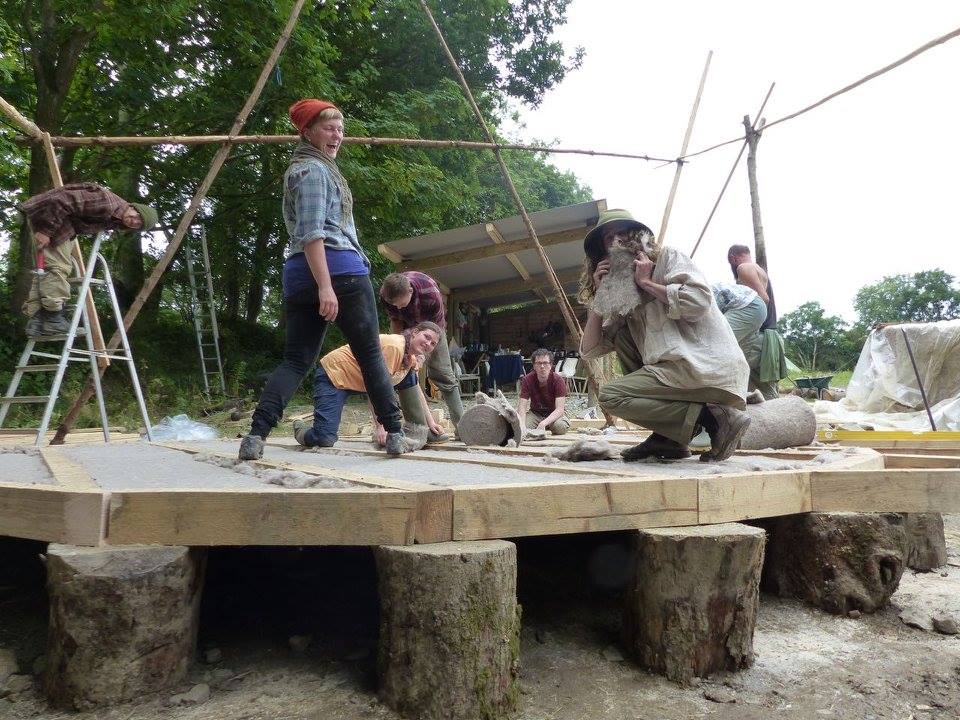 Before we could start laying the floor boards down we had to put in the insulation. This involved cutting big boards of insulation so they would fit in between the gaps in the foundation, then putting the wool insulation on top of that. We had just finished laying down the wool when it started to rain. It was a scramble to get the the tarp over it to stop the wool from getting wet. 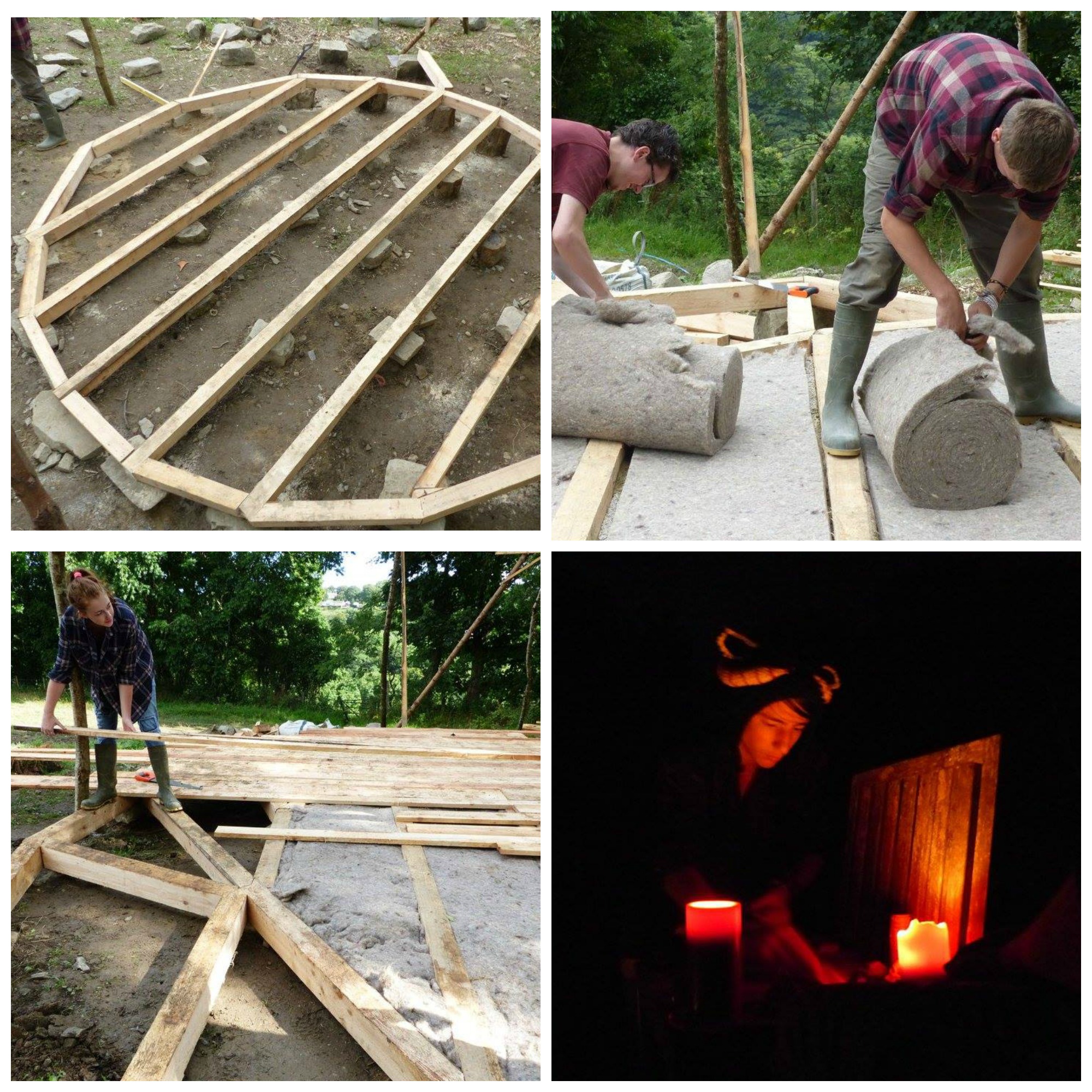 After a long day of work it was nice to have our relaxing first participant session by the fire where Miro gave everyone tarot readings. We all agreed that sitting by the fire was the perfect setting for the mystical experience.

Putting the floor boards in was one of my favorite parts of the build. We spent a whole work day just on the floor and it was actually one of the more relaxing days on the build.

Peter Stevenson’s second session with us that night was incredible. His entrancing tales told of all kinds of creatures and the magical land of the fairies where they came from. Fairies have a long history Welsh culture. 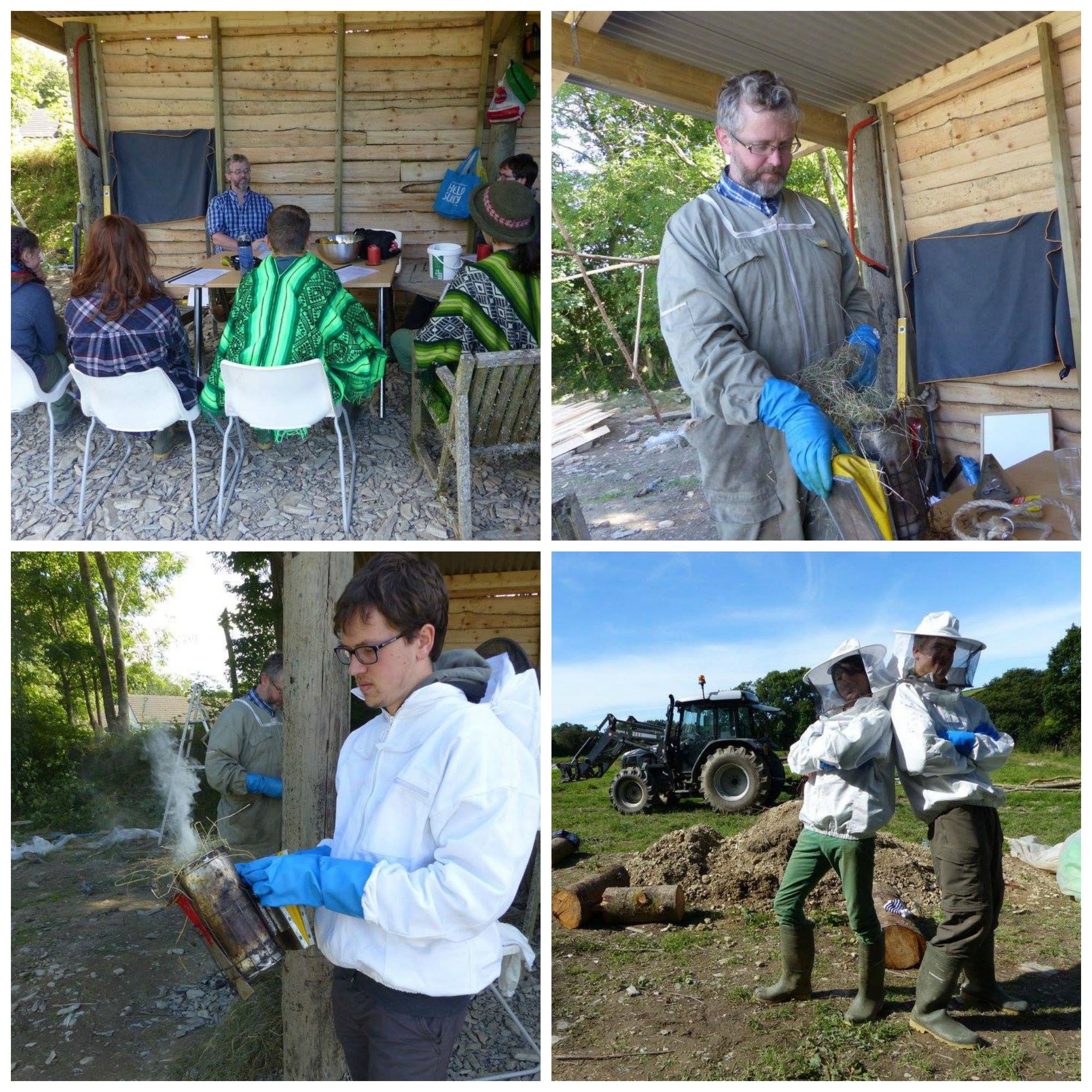 Having our first day to relax since we started the build definitely helped the morale of the group, but to make it even better we had a workshop with a local beekeeping master Sam Cooper. Sam taught us about the different types of bees that make up the hive and what their jobs are.

The queen interested me the most. She is the heart of the colony and can lay up to 1500 eggs a day. That alone is a remarkable feat, but she also releases pheromones to the whole colony. Pheromones are chemicals that the queen produces which changes the behavior of other bees. Without those pheromones the colony would be lost. 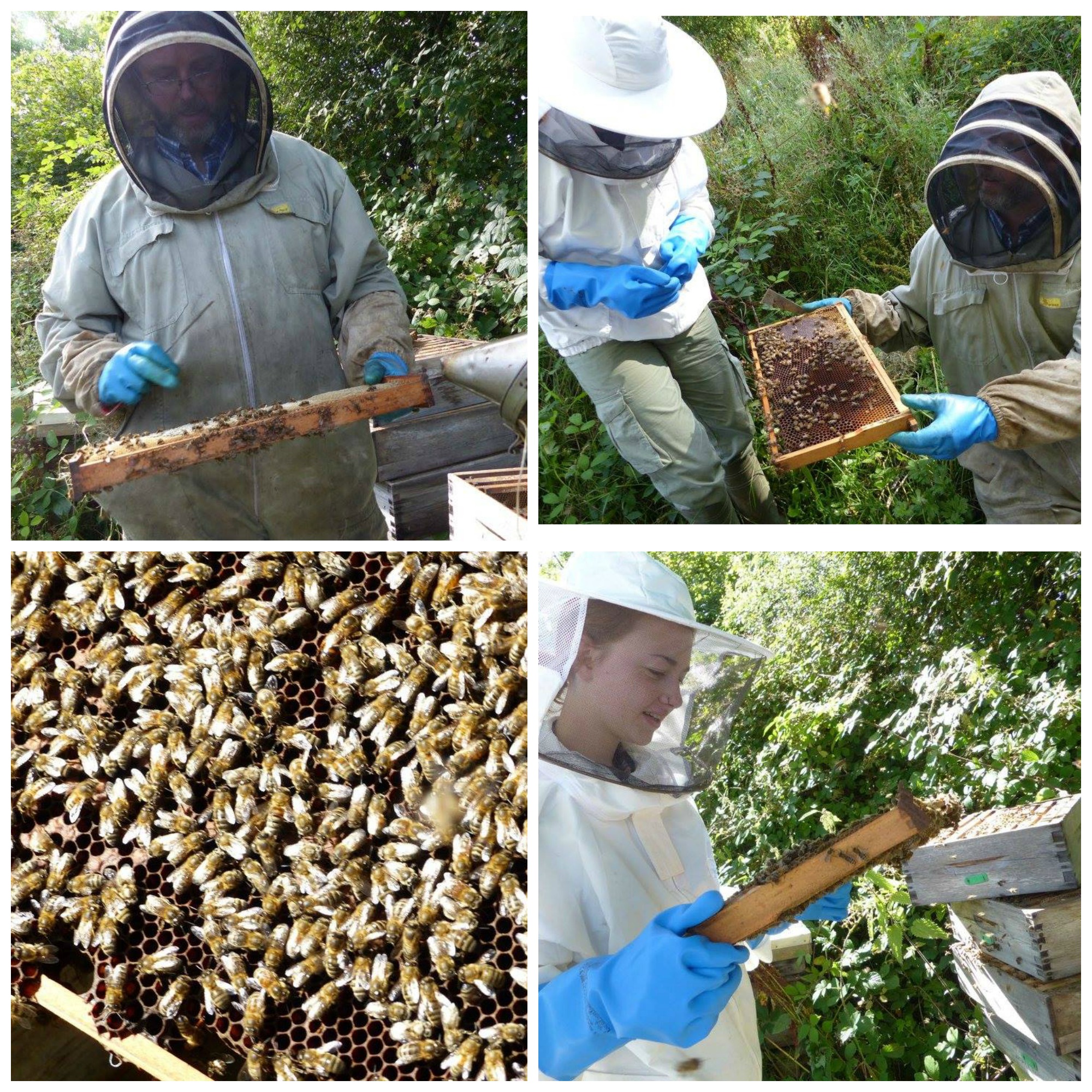 After learning about the bees it was time we actually got into beekeeper suits and went to take a look at the hive. Standing there next to the hive was an unsettling experience. There was a very loud buzzing sound coming from all around us. But because they were all making the same sound at once it sounded like it was from a single entity.

What an educational and relaxing day we had with Sam the bee man. But now it’s time we got back to work. Now that we had the floor finished we got started on the hay walls! This was a whole process of collecting pieces of wood to use as a stake to hammer into the hay for more support. We did this for each layer we put on. 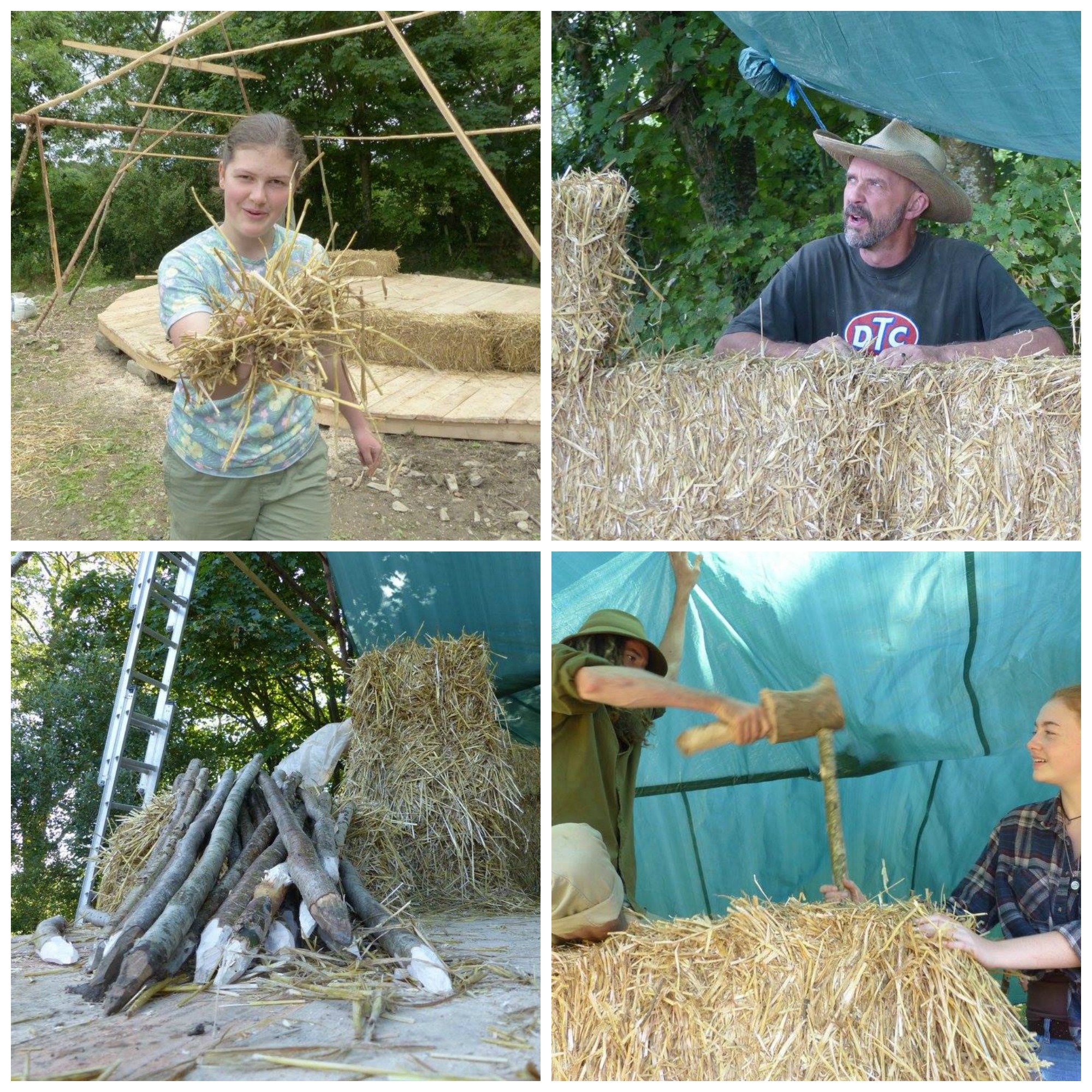 And did I forget to mention the huge caveman club we used for hammering the stakes in? It was like something out of The Flintstones.