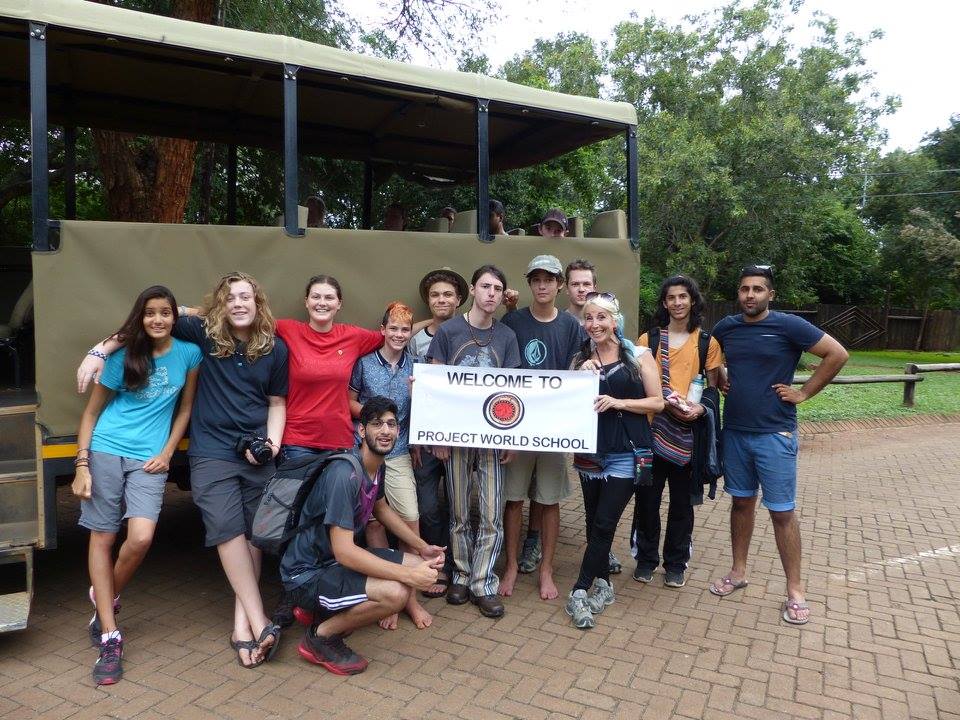 Hi, I’m Kaameel and I was the volunteer for Project World School’s South Africa retreat held from the 13-26 February 2017.

This retreat took us to the magical Eastern Cape, buzzing Johannesburg and the world famous Kruger National Park in Mpumalanga.

We started off our journey with a meet-and-greet at the O.R Tambo International Airport in Johannesburg. Once we were all together and settled we got ready to board our flight that was headed to the Eastern Cape. We were wowed the minute we arrived  there.

Now let’s kick into the start of the retreat

Our retreat started on a, sort of, paradise on earth—the Bulungula eco-resort—which was located on the beautiful coastline of the Eastern Cape. But that’s just the start of its wonders. The actual lodge is surrounded by rolling hills, a forest and lagoon that meets the ocean! It has beautifully painted, traditional, Xhosa huts and the friendliest, warmest people one could imagine. I couldn’t think of a better place to start our retreat…

It was four, magical days before we moved on to Port St Johns (PSJ). PSJ is a small, beach town also located in the Eastern Cape, where we met our partner and guide for the duration of our stay – Helen.  Helen is a volunteer at an animal shelter just outside of PSJ, but she decided to take a little break to be our guide and host (which we are more than grateful for!).

We had many memorable days in PSJ. We went on a hike to the Waterfall Bluff! It was special for a number of reasons. It’s one of the few waterfalls in the world where the water falls straight into the ocean. We also spent the afternoon swimming in a lake-like area of the river, a perfect 5/7 in my books! 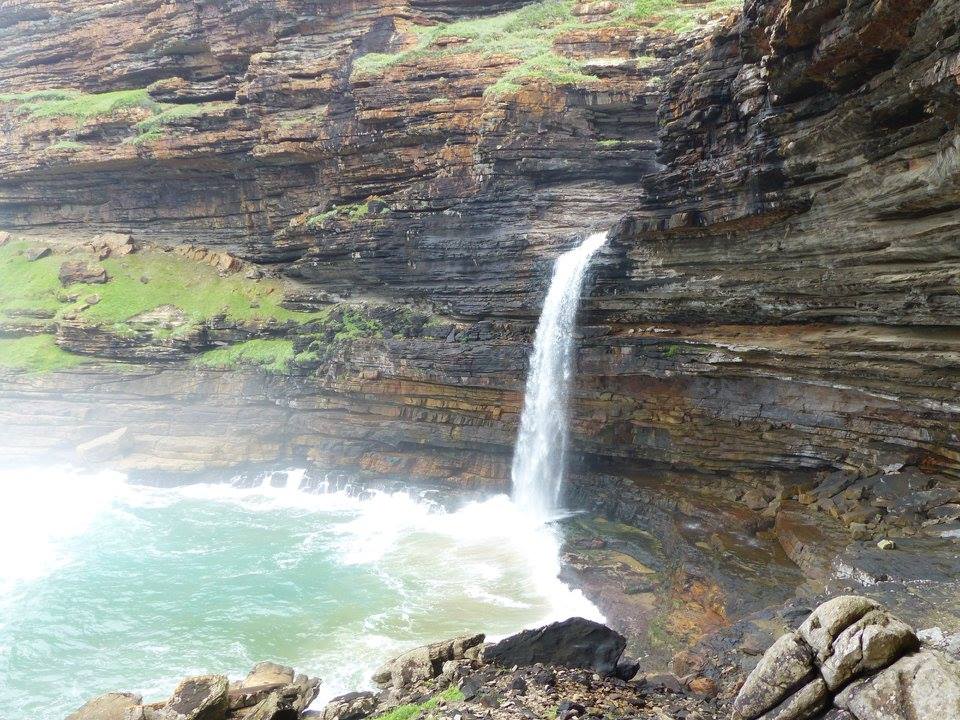 On another day, Helen arranged for us to meet with a local Sangoma (Traditional Healer), with whom we went foraging. It was an interesting day, to say the least. But mostly it was unexpectedly challenging! It was one of the hottest days of the year at a whopping 97 degrees fahrenheit! We ended up walking right up a mountain (and back down of course). All in all, it wasn’t an easy day, by any means. But that’s what made it memorable, because we all had to dig deep! I feel that it really built some character in all of us. It was also really great to witness and experience the support everyone had for one another. The image that sticks in my head the most is of when two of the members stepped in to help one of the girls was really struggling at the end-bit. They lent their shoulders and walked her to the end! It was beautiful indeed. 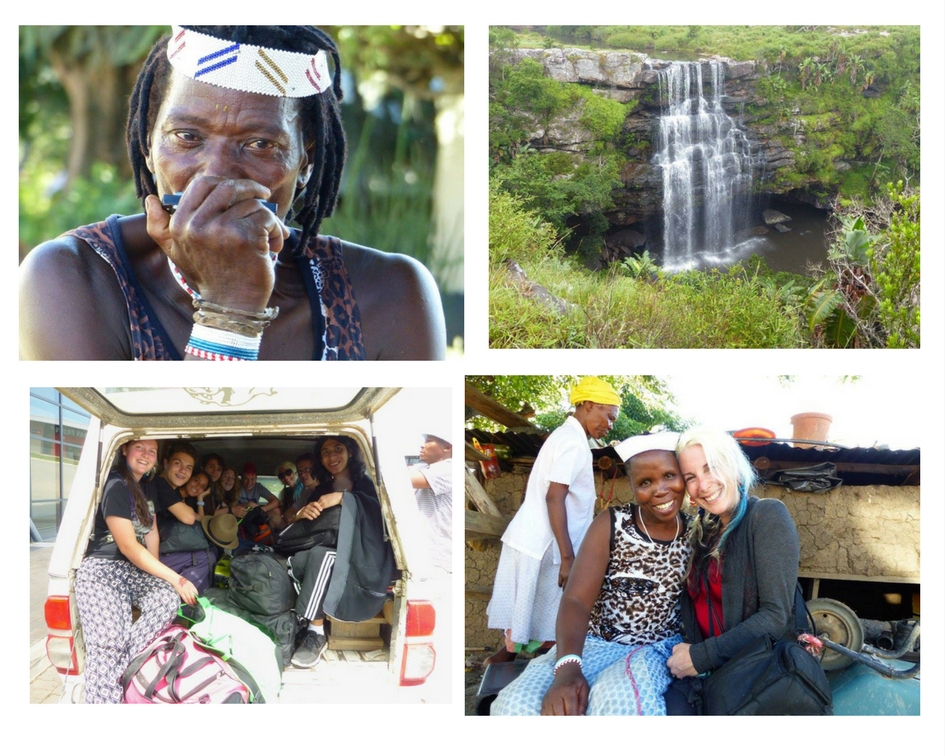 All in all, our time in the Eastern Cape is something that I wouldn’t trade for anything.

After a week in the Eastern Cape, we left the the rich culture and beautiful scenery to make our way to the Big City: Johannesburg, it is the largest city in South Africa and one of the largest in africa. We got a different kind of cultural perspective in Joburg. We kicked off our stay in a rainy Johannesburg to visit the Cradle of Humankind, followed by a visit to the buzzing suburb of Soweto with a great tour guide, with whom we visited the Hector Pieterson Memorial and The Mandela house. It was a really good, enlightening experience for us. 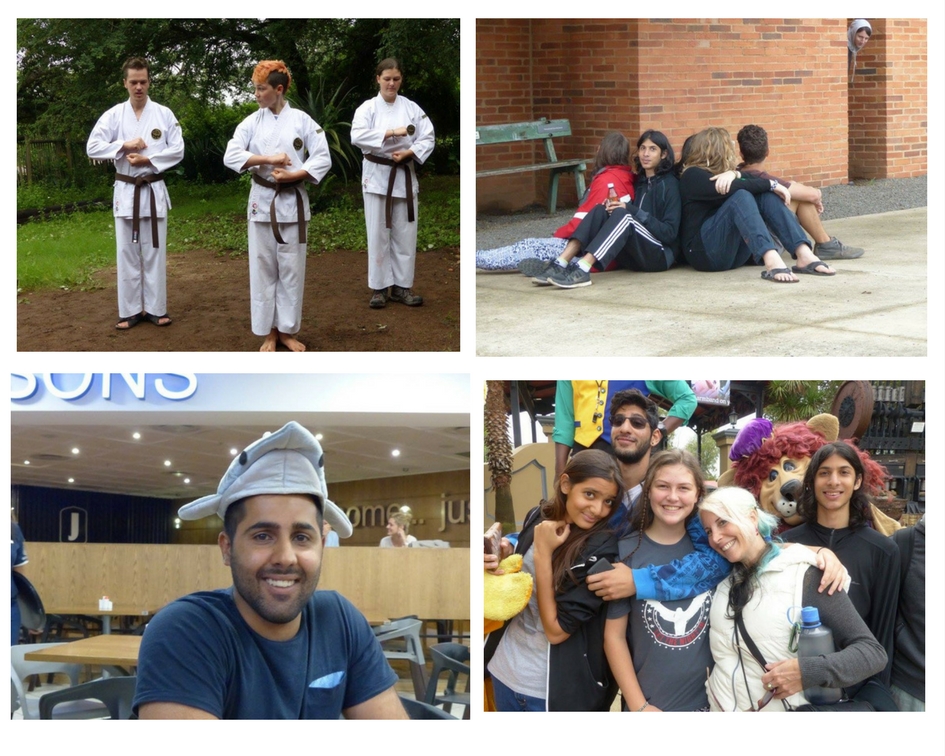 Our schedule in Joburg was restricted by the rain. After a crippling drought in the country, we weren’t going to complain, though! So the next day when we got to the Gold Reef City theme park, the rain decided to take a break and we had the whole park to ourselves. Gold Reef City is one of my personal favourite places in Joburg! I got to enjoy it with some great company. We spent the whole morning and half of the afternoon making our way through the park, catching every ride we could. The ones we liked, we went on about 4-5 times over! Gold Reef City is adjacent to the famous Apartheid museum. Once we made our way through the theme park, we walked across the road to the Apartheid museum and we quickly found out that it’s not famous for nothing! I’d love to say it was an eye opener, but in all honesty, the atrocities that used to go on during the times of apartheid were nearly incomprehensible to me. I say nearly, because although we’ve come a long way, we still have similar problems, like the recent Marikana massacre as just one example…

So after our short, sweet and wet stay in Johannesburg we departed for our final destination…

The Kruger Park is home to one of the largest wildlife sanctuaries in the world and home to the Big 5 (Rhino, Leopard, Elephant, Buffalo and Lion). It’s a place I’ve personally visited more times than I can count and so, believe me when I tell you, Project World School was in for a treat! We had 4 different sightings of Lion and saw 4 out of the Big 5 in just two days! Lady Luck was definitely on our side :). But the Kruger Park is more than just wildlife. The sheer scale of the reserve is massive! It extends out to 3 different countries and has so many different aspects. Entering through one gate, could be a completely different experience than entering through another. It’s a must-see for anybody coming to SA. 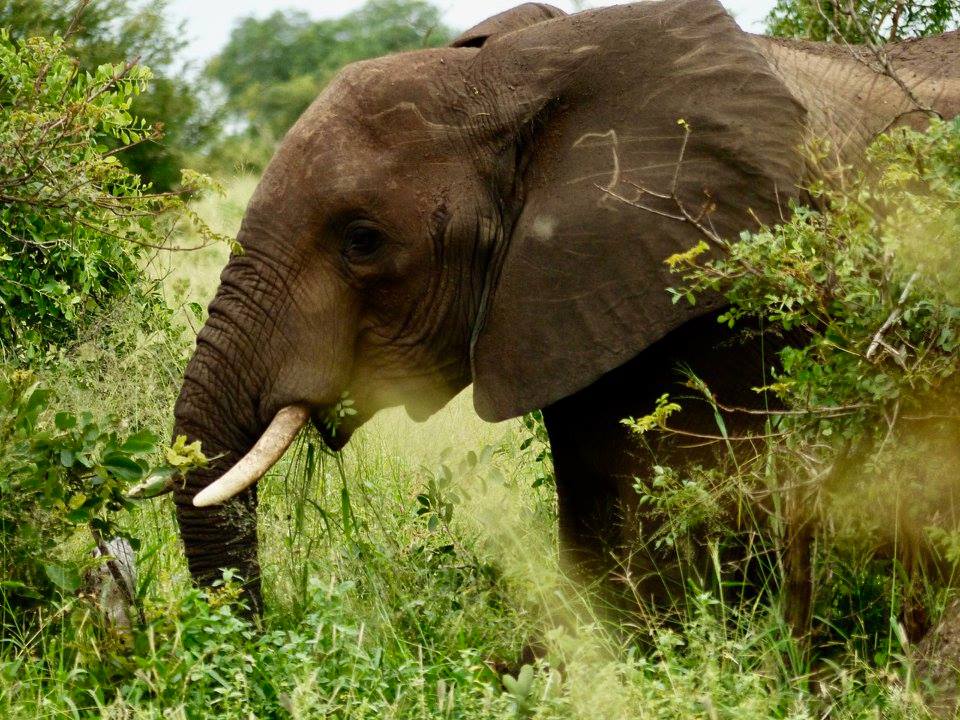 Now, this retreat was an interesting retreat to say the least and here’s a few reasons why:

It was Project World School’s first time in Africa! South Africa to be more specific.

There was a mixed group of participants. At least half the group consisted of locals, unlike my experience in Thailand where the retreat consisted of all Americans and I was the solo South African kid. The group here in SA was very diverse, with ages ranging from 13 to 19 years of age. There were participants with different outlooks, religions, cultural backgrounds and we all very much had our own unique set of beliefs, which I thought was great. In the end we could all go home feeling that the lenses in which we use to perceive the world had grown a little larger. 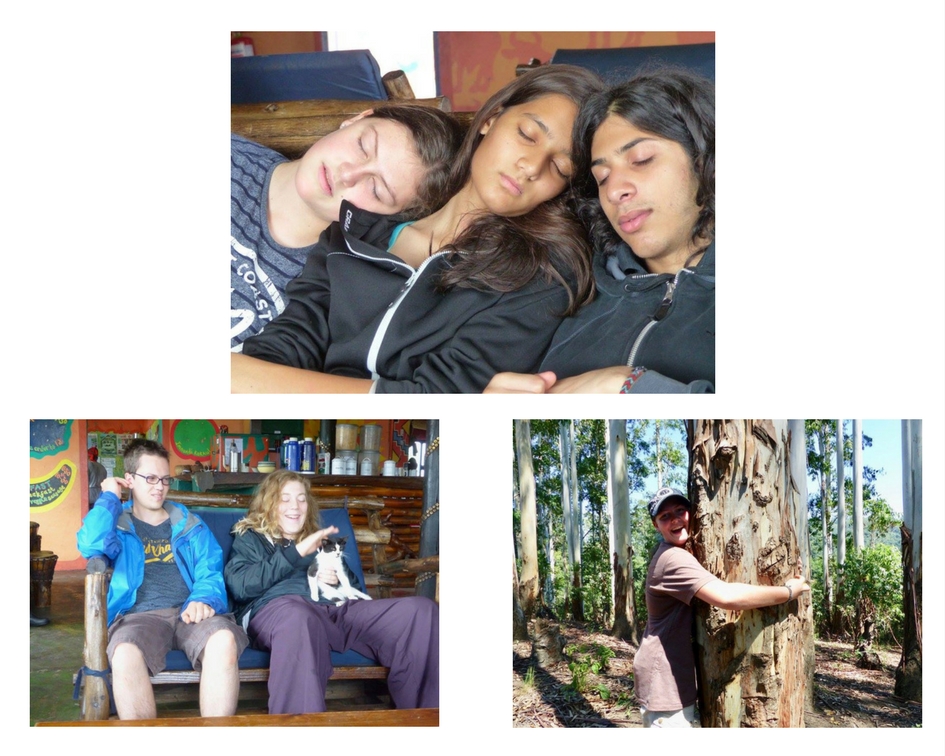 In my closing I’d really like thank everyone who helped make this retreat happen and all those who made the experience special, with special thanks to my fellow participants for being my family during the retreat!