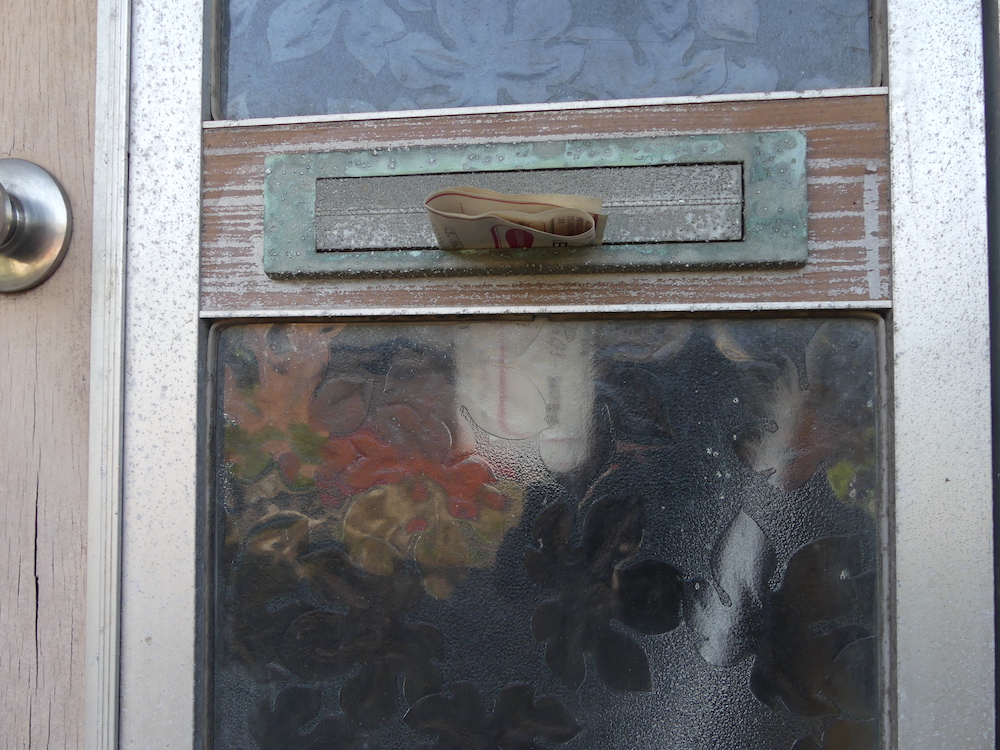 In April, alongside Project World School I was honored to be accepted and hosted by the elders of Teshimacho island. Currently, there are only 19 residents, and the threat of depopulation looms over the village. We were there to brainstorm potential ways to assist in the preservation and survival of the island’s rich culture.

Immediately on arrival, I was overtaken by a sense of uneasy balance. Each resident supports one another; life is only possible on Teshimacho because living has in turn become a communal act. Those who are still strong enough farm and perform the physical labor to cover the others who can no longer do these things for themselves.

Never have I witnessed a place as community oriented as Teshimacho Island. One morning, we were invited to participate in a traditional Shinto rite that had been performed for hundreds of years, with the intent of asking the spirits of the island for the community’s continued protection. We visited ancestral and animistic shrines, and met the many smiling, wizened people that maintained the village spiritually and physically. They greeted us with joy and friendliness, and offered us many gifts in exchange for our prayers.

One villager, a man in his 80s, told us that we were probably the first group of outsiders to have ever participated in the ceremony, and that our group (in addition to the 2 or 3 locals who came from a neighboring island) was the largest procession the village had seen in upwards of 60 years. He told us that even when the island was populated, few people expressed interest in participating in this communal act. Even after the people left the island by the hundreds, those who remained were the shrine-keepers, the guardians and the caretakers: all those who had taken the sense of community to heart. All of the takers have gone, and now, only a handful of givers remain. 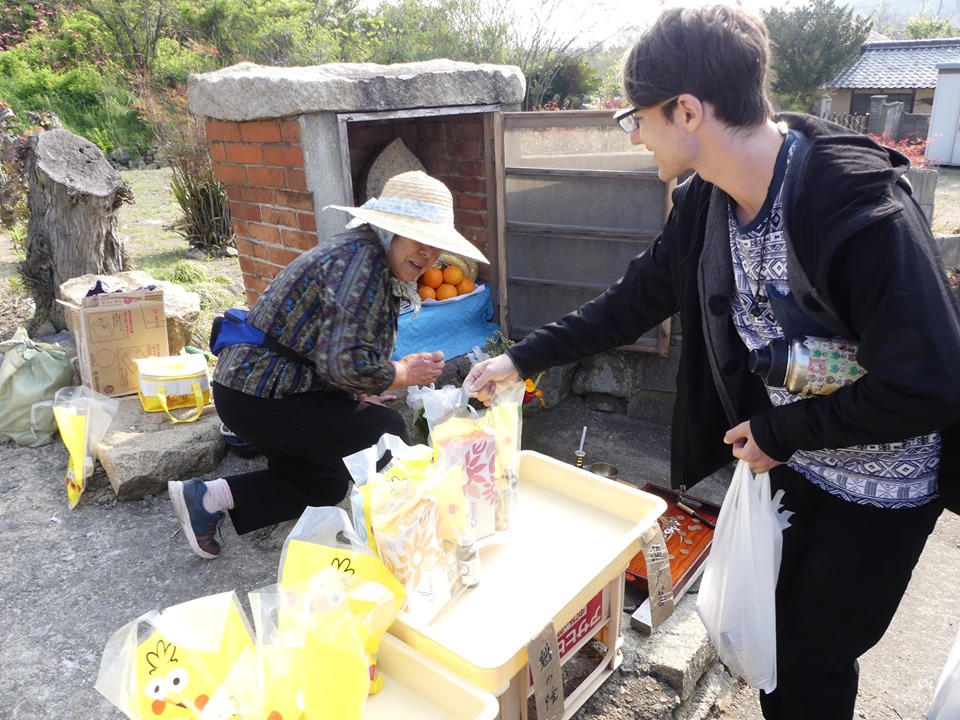 Miro participating in one of the island’s Shinto traditions

In many ways, this is the same spirit of community and caring that we try to nurture with our Project World School trips, and when I try to explain what our learning communities are about, I can’t think of a more fitting and beautiful experience than the one we had on Teshimacho, the Autumnal Island.

In the Spring, landscapes come to life after the harsh Winter months; Flowers bloom and meet the sun, children are born and the future becomes an afterthought.

In the Summer, hints of urgency begin to surface; nature become industrious and frantic, and time seems to quicken.

In the Fall, change becomes imminent; leaves dry out and their color darkens. The future seems to be all that’s left.

In the Winter, the unknown presents itself; nature sleeps and the trees remain, unsure if they’ll ever bloom again.

Life, changes, the seasons; these concepts become interchangeable and inevitable from the human perspective. Change is something we are born into, and it becomes a part of who we are. There is no defense against it, no deterrent. Either we seek change, or change seeks us, and as humans we can only decide how we greet it.

This is what the residents of Teshimacho Island are facing now. Nearing the end of their Fall, they are forced to look at the uncertainty of Winter. All over the age of 70, the 19 residents of the island are all that’s left of the once thriving community. If nothing changes, the village will never bloom again.

Life, however, like the seasons, comes and goes in cycles and to understand the future of the island, we must first look at it’s blooming past. 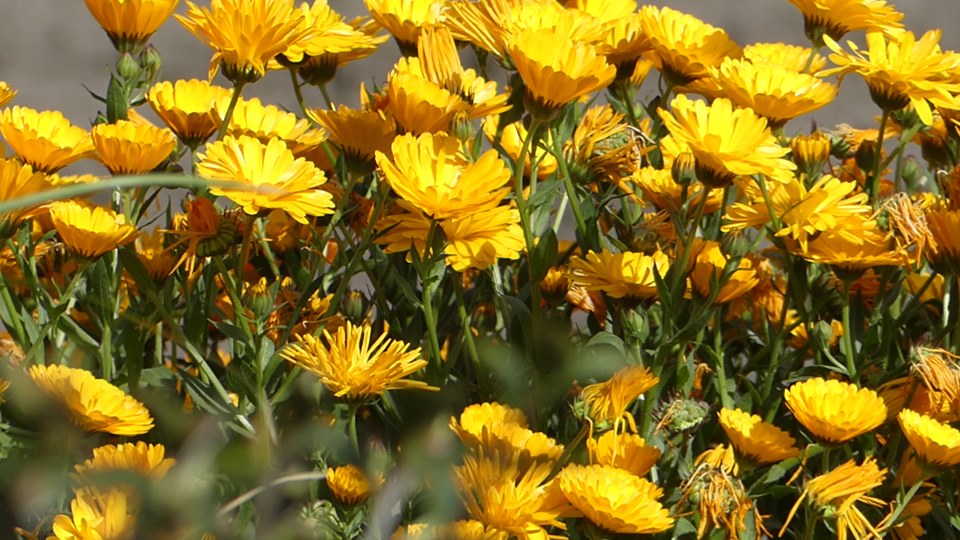 Though much of the history of the island has been forgotten, there are still elders who recall those times. According to two residents, around 1000 people used to live on Teshimacho Island at its peak in the 1930s. The island was a main exporter of tobacco and the economy was booming. Industry was steady, and in that time life was much easier; stores and markets were stocked, and the island’s food supply was supplemented by the locally grown vegetables. There were carpenters, masons, farmers, fishermen, teachers, traders and physicians, and the community was capable of sustaining itself and even of growing. Honoring the long history of maritime trade,the builders of the island created homes with features that simulated ship interiors, and this style went on to influence the island’s future constructions.

Families lived and died on the island. The children of Teshimacho were taught in the schoolhouse and the elders were cared for adequately. Everybody was homed in large, traditional houses and the quality of life for the residents was high. People worshiped and the shrines were maintained.

The generations that lived on the island during that time never suspected that in less than a century, the village would be on the brink of collapse. 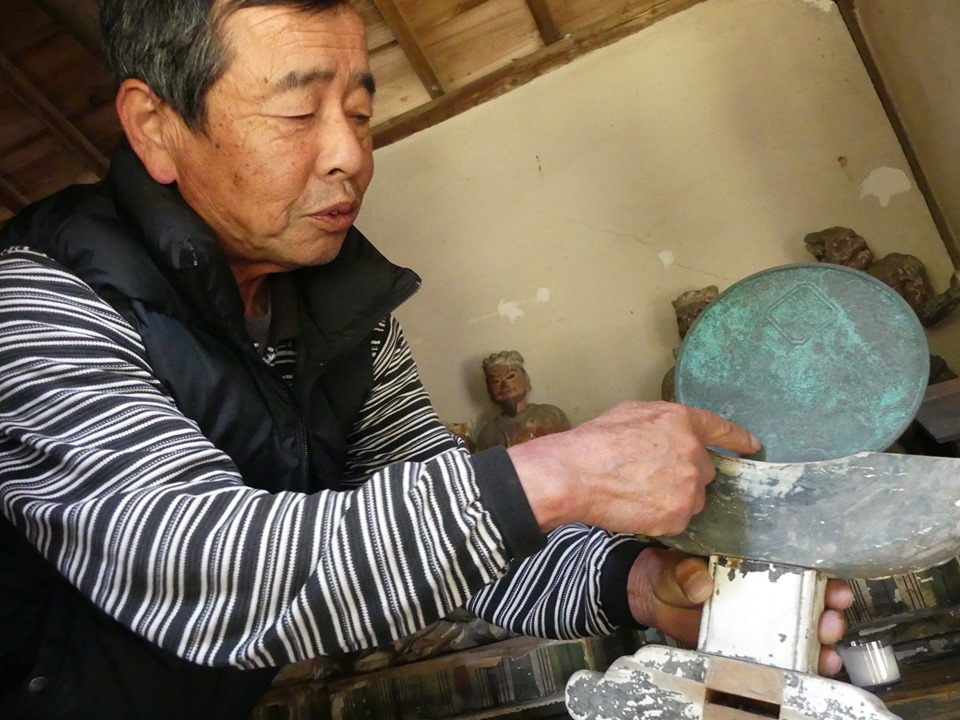 Around 1940, the tobacco companies withdrew from the island leaving many families without an income. This, in combination with the dwindling supply lines weakened from the war efforts, spurred many of the residents to leave their homes for the cities. Many went in search of jobs, while others left with the intention to join the military. The mass exodus continued to accelerate. In 1965, there were still over 100 children on the island, but by 1980 there were only 5. The school was abandoned a few years later.

The motivating factors for the exodus include: better economy, increased amenities, job security, greater luxuries and comforts and, most of all, conveniences.

Though Teshimacho enjoyed a good few decades of prosperity, the community was caught unprepared when the industry left and the economy dried up. Without diversified industry and self-sufficient infrastructure, stores began to close, shipments were stopped and government support lessened. To the exhausted villagers weary from hardship, the cities began to seem like beacons of hope. For many, the promise of relief was irresistible. 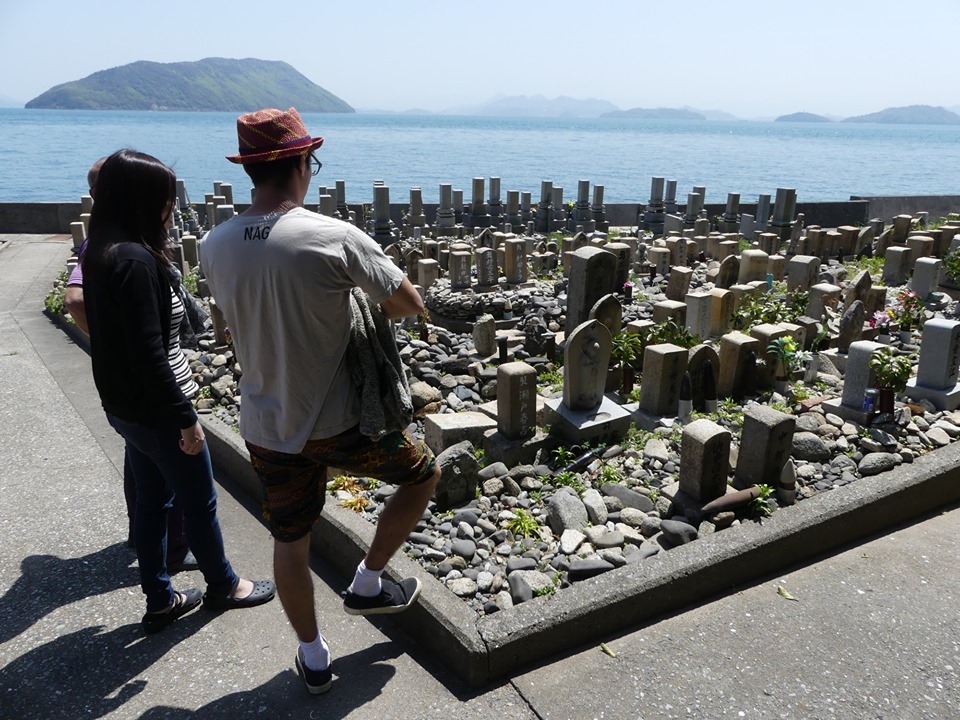 On Hiroshima island, the gravestones outnumber the residents

As a result of being unable to keep up with the changes happening throughout the rest of Japan, change fell upon Teshima Island. With population dropping rapidly over the last 60 years, the village has begun to decay. With no children remaining, what was once a school, is now a lodging center for the occasional visitors that stay on the island, and with such a meager population, the majority of the houses have been completely abandoned. Aside from the handful of travelers that visit for the sunflower fields each year, there is little to no tourism.

On Teshima Island the leaves have dried, but not all of them have fallen yet.

With the population of the island dwindling, day to day tasks have become a community effort. Many of the remaining elders are too frail to do the labor that sustains them, and instead rely on the others to grow food and maintain the structures. Life is difficult for the remaining elders, and will soon become impossible.

Though to a lesser extent, the surrounding islands are also faced with a similar plight. A visitor from a neighboring island said that she is the last nurse in her village. She’s 70 years old, and the only one left to care for her elders. Her husband is a mason, charged with the responsibility of crafting tombstones for the village. He works occasionally (less and less with each passing year) to meet the needs of his community, and soon, he’ll also be without purpose.

Of these islands, Teshimacho’s population will be the first to vanish, but not the last. 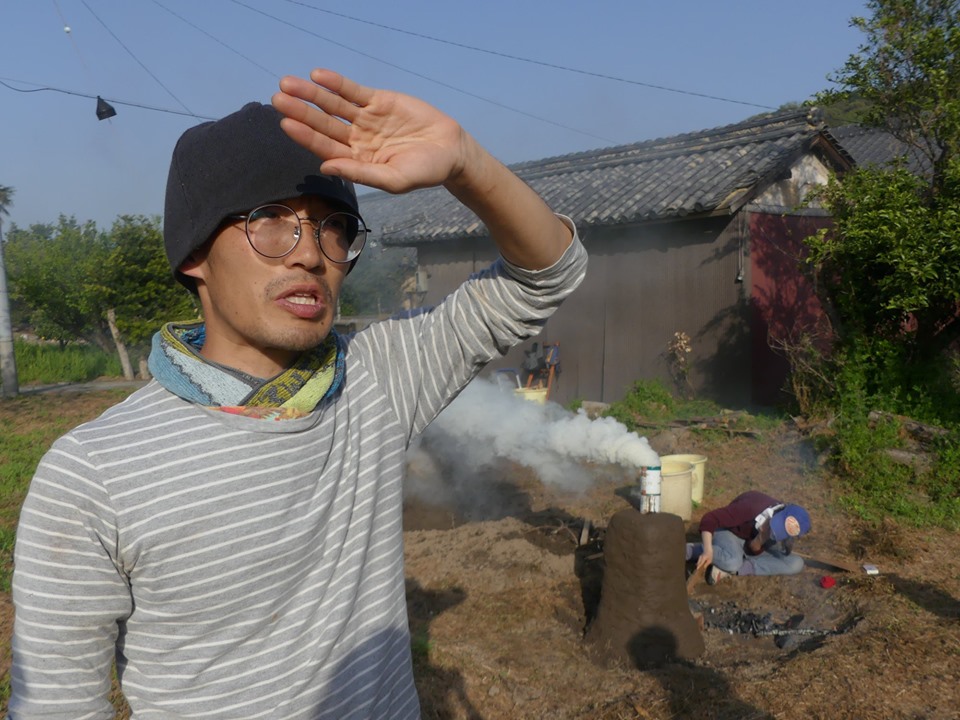 Though the current state of the village is bleak, the community may still survive the Winter and see the life of Spring once more.

In 2017 an attempt to rebrand Teshimacho and it’s neighboring islands as an artist destination was made. This spirit of positive change was continued when Takamura Kohei, a young potter from the mainland, and 3 others young artists moved to the island with the intention of revitalizing and preserving the all-but forgotten village. Kohei sees a future for the island that involves homesteading, intentional living and local artistry.

It is his hope that his decision to return to a simpler life will inspire others to make similar decisions, and that motivated young people will help in the preservation of this beautiful, humble place.

Many of the locals welcome Kohei and the others and are glad to see a breath of fresh air breathed into the village, but others are still resistant to the change that the young artists signify.

One thing, however, is certain: Teshima Island will never be the same again. Change will come, but how will they greet it?