Worldschooling: Homeschooling Away from Home

Abstract:Worldschooling is a form of home education, where travel takes the place of school. Worldschooling can be done alone, with family and friends, or more formally through a program called Project World School. The mission of Project World School is to provide learning retreats for adolescents and young adults with a strong emphasis on cooperative learning, co-creation, community, and social learning. This article is a review and analysis of the five retreats Project World School took in 2016, based on pre and post experience questionnaires filled out by the participants. A discussion of the challenges and benefits of worldschooling is also included within the article.

Evaluation of a Temporary, Immersive Learning Community  Based on Worldschooling

Abstract: Learning communities are a proven method for engaging groups of people who share common goals for personal growth and knowledge acquisition (Gabelnick, MacGregor, Matthews, & Smith, 1990; Taylor, Moore, MacGregor, & Lindblad, 2003). However, little is known about the usefulness of this approach in the context of alternative education. This article describes the evaluation of a temporary, immersive learning community for self-directed teen learners, Project World School (PWS), which was based on a new, pedagogical approach to learning called worldschooling. Findings indicate that regardless of demographic characteristics and personal interests, PWS attendees experienced learning and progress in three main areas: social development, personal development, and experiential academics. The PWS model shows evidence of the benefits of worldschooling and has potential to be successfully replicated and translated to other international settings.
Read the academic paper here.

Self-Education For Excellence: The Inside Out Philosophy Of Lifelong Learning 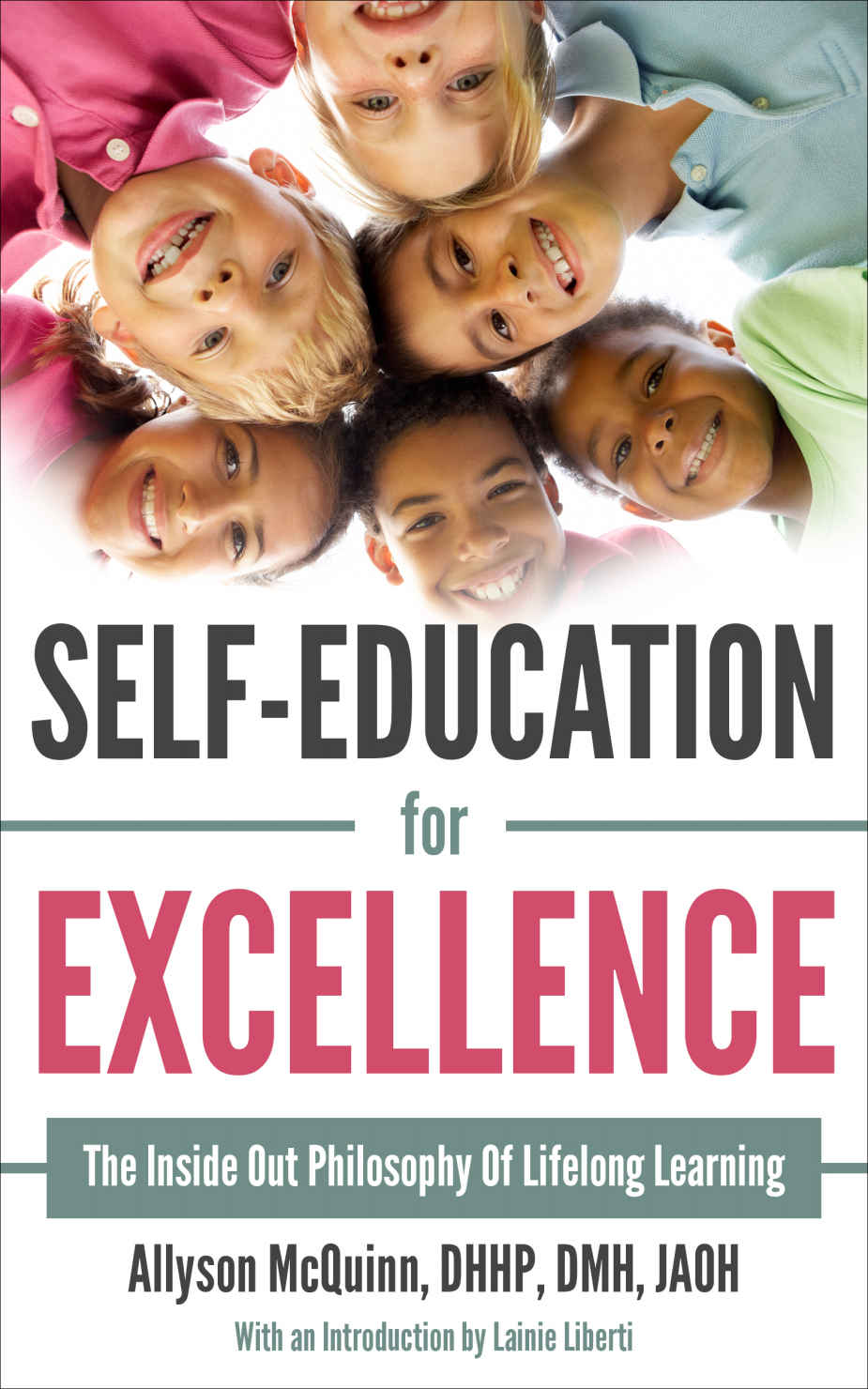 “By picking up this book, you are helping to think beyond a model of indoctrination that operates against the individual, one which actively works against our mental health, sense of self and social justice, which in turn, manages to completely extinguish the learner’s natural love of learning. By adapting the concepts of self education you are working against the narrow, ageist, classist, ableist, sexist and racist version of ‘education’ that the current system and world at large supports. By picking up this book, you are starting to transform your own ideas surrounding the social construct we call “education” and start to focus on the value of “learning” instead.” ~ Lainie Liberti

Purchase the book through Amazon here

Project World School was featured in a new book written by Kerry McDonald. Education has become synonymous with schooling, but it doesn’t have to be. As schooling becomes increasingly standardized and test driven, occupying more of childhood than ever before, parents and educators are questioning the role of schooling in society. Many are now exploring and creating alternatives.

Purchase the book through Amazon here 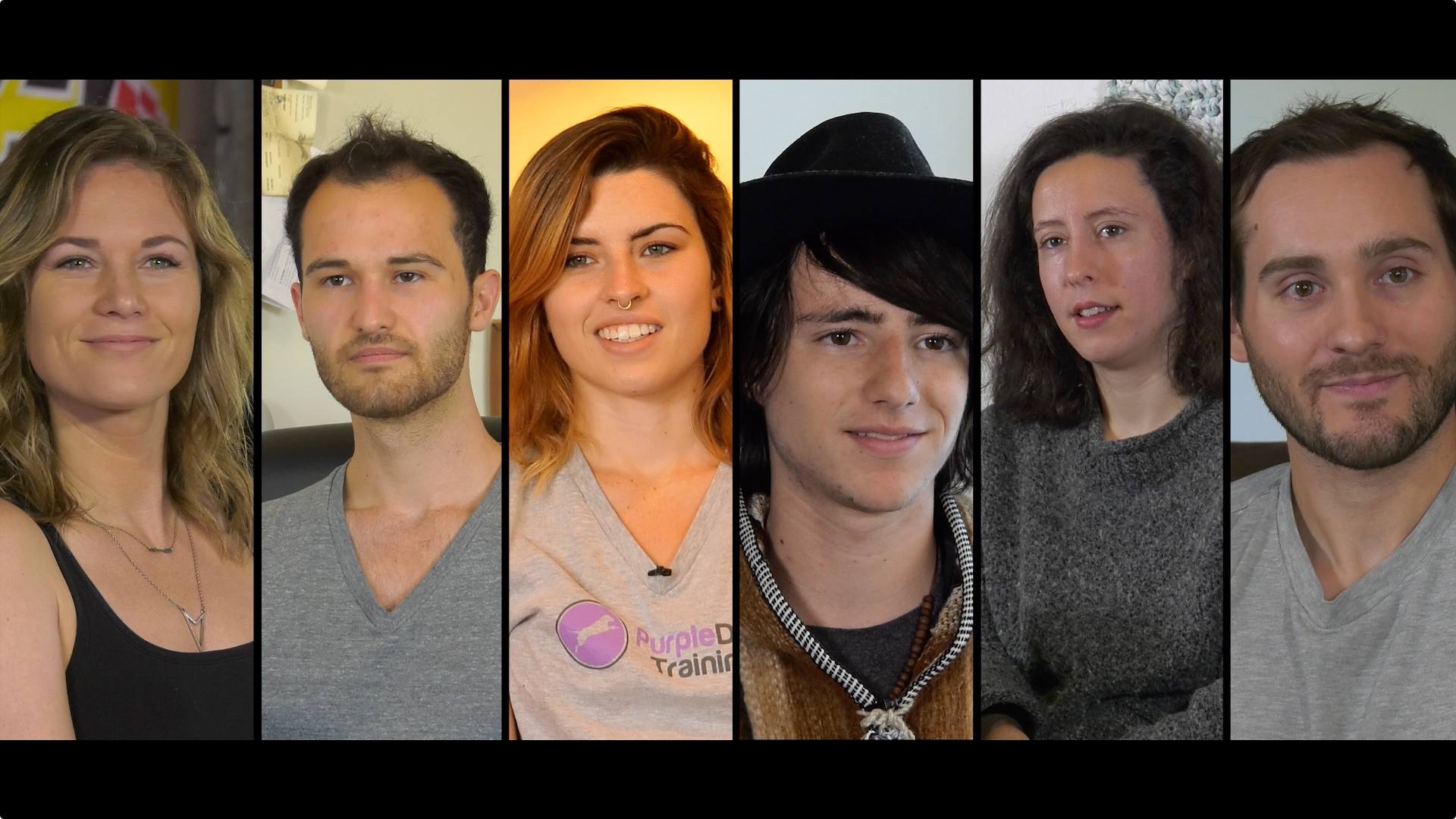 Project World School co-founder Miro Siegel (and Project World School) are featured in a new documentary to be released in June. Through the stories of six extraordinary individuals, Self-Taught explores what self-directed education means to them and the impact it has had on their lives, ambitions, work and beliefs. 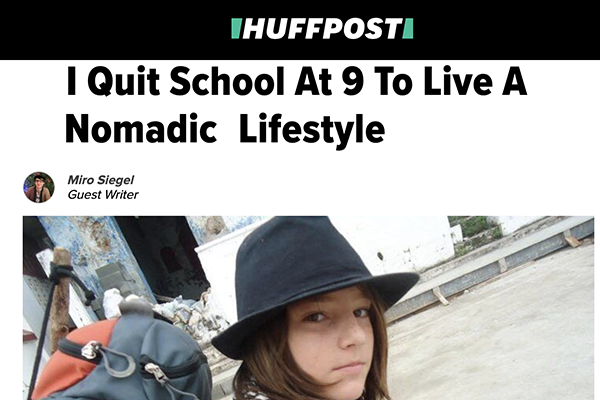 I Quit School At 9 To Live A Nomadic Lifestyle

Some Said They’d Flee Trump’s America. These People Actually Did.

Lainie and Miro’s interview before their TEDx talk about unschooling and worldschooling. Read more here.

Extended vacations: how families travel the world for months and years

Liberti and Miro decided on a different approach for Miro’s education after deciding on indefinite travel. Unschooling is unique and something not every parent or child may choose when looking for a traditional route, though Miro believes it is best for him.

For Lainie Liberti and her 17-year-old son Miro, traveling is a form of education. The two embraced the un-schooling movement and took it to the next level: worldschooling. Worldschooling combines travel with the experienced-based, real-world philosophy of un-schoolers. The Libertis began traveling when Miro was 10, and now he’s explored 20 different countries, learning about the culture of each.

Meet The Single Mothers Raising Their Children While Traveling

Lainie Liberti is another single mom who left her home and business in southern California with her son Miro, then eight, to travel in 2008. “Before we left, I knew instinctively that fifth grade would have nothing on a year of traveling,” she said during an interview over Skype from Playa Del Carmen, Mexico.

This summer Project World School International Retreat comes to the wilds of West Wales, where young people will focus on developing the skills needed to sustain themselves and to sustain the planet. Hosted by Troed y Rhiw Organics, they will have an experience of off-grid living, learn to build a straw bale roundhouse, spend time working on the farm and learning about organic agriculture, forage for wild food and try their hand at beekeeping…

On February 23 and 25, ten teens from Project World School teamed up with our staff to learn and participate in some of our ongoing projects. Over the course of the two days, the group got involved with fish and turtle identification, beach zoning for nesting activities on Half Moon Bay and a trash cleanup on the ironshore, or rocky point, to the north of Akumal beach.

The Rise of ‘World Schooling’: Families Who Home School with World Travel

Project World School co-founders Lainie and Miro are featured in an article about the the growing worldschooling movement. Read the article here.

Project World School co-founders Lainie and Miro speak with the interview series Leak Project about their unique learning program that involves hands on learning with Travel, instead of the traditional plug and play , one size fits all policy. Listen to the interview here.

Project World School Co-founder Lainie Liberti, answers 10 questions about unschooling, worldschooling and learning from the world during an interview with Pam Laricchia as a part of her popular unschooling podcast on the blog, Living Joyfully. Listen to the podacast here.

Mother and son duo Lainie Liberti and Miro Siegel (16) have taken an approach to education that is beyond what many people can even imagine. They call it: Worldschooling, a form of “Un”schooling that means their family learns through travel and experience, without any traditional classrooms or curricula. Watch their talk here.

Most of the parents I know DO NOT LIKE public education systems for their kids. But Lainie Liberti and her son Miro took the concept of homeschooling to a whole new level.  They call it “World Schooling” and it’s a way to give your child one of the richest educations possible by traveling to different cultures and using the world as your classroom. Read the article here. 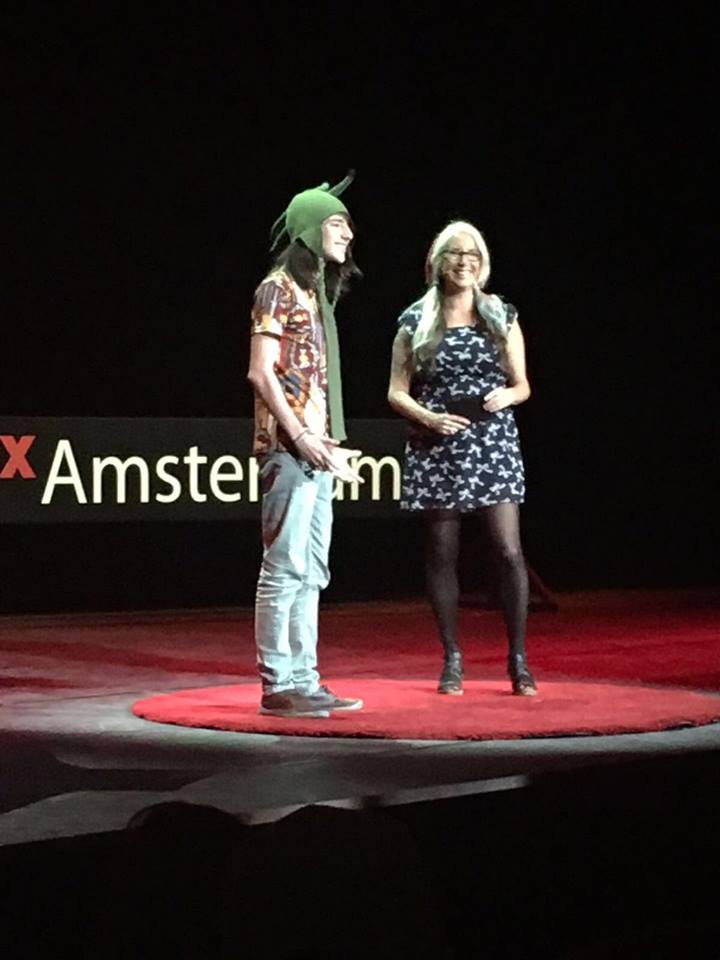 Lainie & Miro have taken this philosophy to heart and are producing a series of teen oriented retreats in Latin America called Project World School…The duo describe their greatest accomplishment as the ability to participate in the world without fear… Listen to more here.

Lainie Liberti and her son Miro Siegel are in their own words experiencing a global education through world travel. Read more here.

Lainie and her son Miro are equal partners in their travels, and that’s one of the main reasons they believe it works so well. Leaving their home in Los Angeles in 2009 in what was supposed to be a 12-month journey. They knew after eight months that they wouldn’t be returning. Listen to more here.

The “unschooling” program provides teens with temporary learning communities in Cusco and the Amazon. This ground breaking project was founded by mother and son team Lainie Liberti and Miro Siegel who have been traveling and world schooling for the past five years – and they have no desire to stop any time soon. As accidental “unschoolers” they have learned more through their travel than traditional education methods could ever provide and want to offer this amazing opportunity to other world schooling teens from around the globe. –Read more here.–

Bringing the World to Your Kids At Project World School

When we first heard about Project World School, we knew it was an intriguing concept and enriching travel opportunity that our frequent traveling families would want to explore. In this interview, co-founder Lainie Liberti and her son, Miro Siegel, share their story and how other families can participate in their “worldschooling” experiment on a Project World School retreat. Read more here.

Lainie Liberti, Learning Through Travel as a Family-Podcast

Lainie Liberti, Project World School Co-Founder, Life Learner Lainie Liberti is a recovering branding expert, who’s 18 year career once focused on creating campaigns for green – eco business, non-profits & conscious business. In 2008, California’s economy took a turn and Lainie decided to “be the change” instead of a victim. She and her then 9-year-old son, Miro began the process of redesigning their lives, with the dream of spending stress-free quality time together. Listen more here.

Have you ever had a time when you learn about something and your gut response is, “Wow. This world is filled with amazing people. Amazing people doing amazing things.”? Enter Lainie and Miro. Every time I hear about what they are up to, that is what I’m left feeling. Today, I want to highlight one of their efforts, Project World School. Read more here.

Miro Siegel, the 15 year old co-founder, and his mother  produce Project World School. And yes, while it is true that he is a co-producer of this event, he shares his experiences strictly from the perspective of an attendee, from the interesting and thought provoking activities, to the deep friendships that were developed there. –Read more here.–

Worldschooling – Why a travel lifestyle led to Project World School

Laine and Miro talk about their travel lifestyle and how it led to worldschooling and ultimately Project World School on UnconventionalParenting.com. Read the interview here.

December 2014 – Miro and Lainie Liberti are living an overseas life they love… and coming up with creative solutions to the challenges they face. Read article online here.

Article on Homeschool.com -World-schooling isn’t all that different than home-schooling. If you’re willing to take the road less traveled – and if you’re a home school parent, I’m guessing you’re are – than by all means, don’t hesitate. Maybe not everyone can pack up all their belongings and travel like my parents did. However, anyone can implement world-schooling into their education. And now it’s made easier than ever.Read the article here.

Lainie Liberti, co-founder of Project World School speaks with the Family Podcast Network about worldschooling and more in this insightful podcast interview. List to the podcast here.

Lainie Liberti and her nine-year-old son, Miro, left the U.S. in 2009 for what was going to be a one-year adventure—and they’re still going! Continuing their slow travel through Central and South America, they allow inspiration to be their compass. Along the way they’ve taken a global approach to education, using the world as their classroom. Listen more here.

June 02, 2014
For the past five years, 15-year-old Miro Siegel and his mom Lainie Liberti have been immersing themselves in international travel as an alternative form of education called world schooling, a type of unschooling. Lainie and Miro basically live a nomadic lifestyle, volunteering and naturally learning along the way, as they explore different cultures and places. The two plan on continuing their travels as long as they are both inspired to do so. Miro and Lainie now consider themselves to be “global citizens.” Read more here.

For many unschooled teens, the learning community becomes critical just as it begins to dwindle. Even when physical isolation isn”t a factor, finding peers who have both the time and interest in doing deep learning together is a challenge. With this in mind, we spoke to world schooler Lainie Liberti, who, along with her teenage son, Miro Siegel, has founded Project WorldSchool Perú, a series of temporary learning communities for teens.  Read more here.

We received a mention on the Examiner written by unschooling advocate and author  Sarah McGrath. 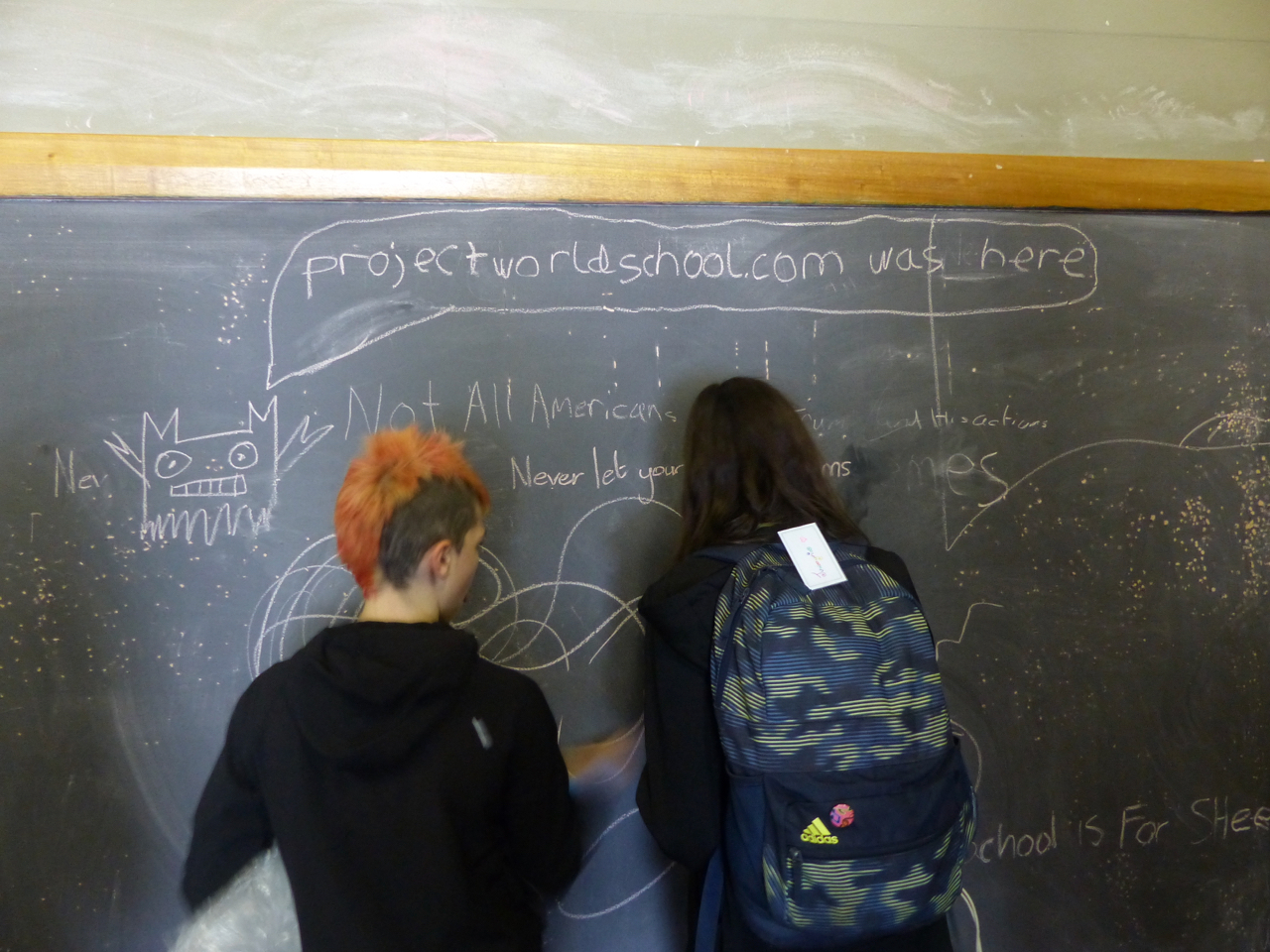 December 10, 2014 – Project World School announces the launch of its Board of Advisors
Read the full press release here.

For all press inquiries, please use the form on our contact page.