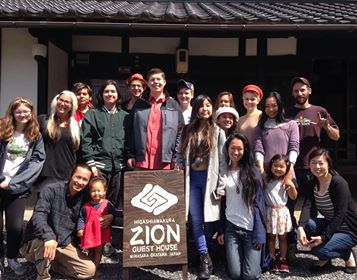 Have you ever wondered what it’s like to live in a traditional Japanese house surrounded by rice fields and green patchwork mountains?

A rural place where you bike down to the local market on a winding road dusted with cherry blossom petals.

It’s spring and the nights are cold, the mountains are still capped with snow, but it’s nice and warm out in the sun of the day.

Everything is blooming and the air is fresh.

This is what it was like for most of the PWS Japan retreat. 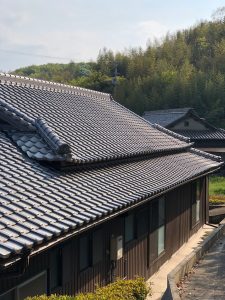 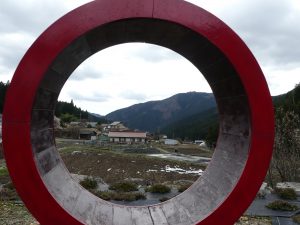 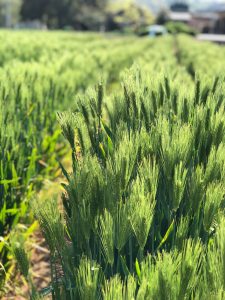 We spent a large part of our time in these beautiful rural places surrounded by fields and mountains blooming in every shade of green.

We slept on Japanese futons in traditional houses in rooms with tatami mats divided by shoji paper doors, often times hosted by local people who were able to show us how they live day to day.

The culture is so different and took some adjusting to, (like taking our shoes off when you enter someone’s home, or not eating snacks and walking at the same time) but we tried our best to be perceptive and respectful.  Everything in Japan feels like some sort of meditation, like an exercise in mindfulness. Just drinking a cup of tea can be an entire, intricate process.

We had many amazing classes on our schedule in Japan! Like a koto class (The koto is a Japanese stringed instrument. It is the national instrument of Japan) and a Japanese calligraphy class. 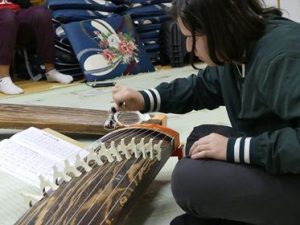 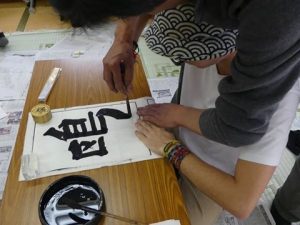 We learned how to make sushi and matcha green tea and we even played a game of Igoball with the town elders! (Igoball is a mallet team sport which feels like a mix between croquet and tic-tac-toe. It is a fast-paced, non-contact, highly strategic team game, which can be played by anyone regardless of age or gender) 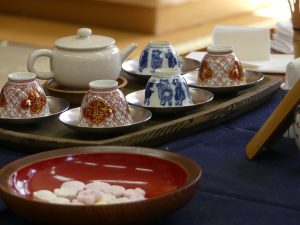 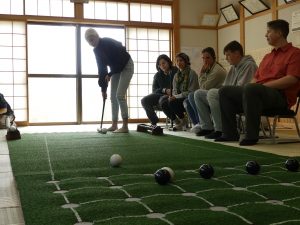 We saw monkeys in Kyoto and visited the Edo museum in Tokyo!

Though we were in the rural parts of Japan for most of the retreat, we did spend a bit of time in some cities such as Kyoto and Tokyo, and boy was it a bit of a sensory overload coming from the countryside. The pace is much faster in the cities and after spending all that time among the old traditions of Japan I found that I had come to feel at home in the countryside, and being in the city felt very foreign.

Something we learned much about during our stay in Japan (especially while on Teshimacho island which currently has 19 residence, all over the age of 70) was the generational shift happening all over the country.

The younger generations are moving out of the country in favor of the modern conveniences of the city, and as they disappear into the hustle and bustle of the cities, so do the old traditions of Japan from the beautiful island country. 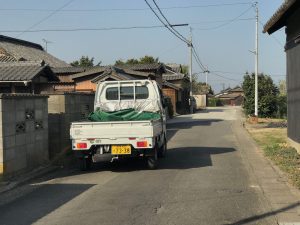 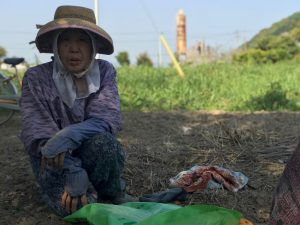 Pretty soon the population in these rural areas will start to die off, and with them, so too will their culture.

When traveling to Japan I expected to see a lot of pop culture and eat a lot of weird snacks (and I definitely did!) but I never expected to learn so much about a divide that I truly knew nothing about before I arrived, and in doing so, felt more at home, and more engaged and invested than I ever thought I could feel in such a short period of time.

And that is truly something special that the Project World School retreats always manage to provide and I am forever amazed and grateful for such an experience that can never be recreated.

The world is our classroom.