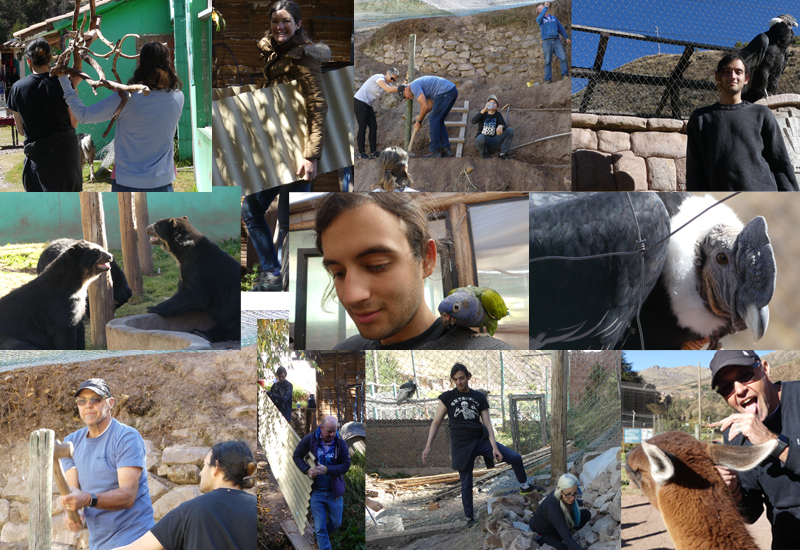 Hop on a colectivo, a sort of crowd-funded van from the old Inca capital of Cusco to the Bohemian expat hub of Pisac, travel about thirty minutes through the suburban Andes, and look to your left- cradled between the main road, a bubbling creek, and two steep mountain cliffs lies a maze of adobe, wire, and wood that is home to dozens of endangered and threatened animals as well as compassionate and hardworking people. Ccochahuasi animal sanctuary (CAS) was founded by a local family in 2007 with the mission of stabilizing, rehabilitating, and caring for animals who have suffered from trafficking, abuse, or any other sort of mistreatment with the usual goal of eventual release back into the wild (when this is not possible due to physiological or behavioral reasons, animals become pampered permanent residents!) Many of the animals that come to Ccochahuasi are delivered there by the National Rangers or some other branch of the government, and many of the species they care for run the gamut from threatened to critically endangered in their natural habitats.

One species that Ccochahuasi has focused on in particular is the Andean Condor, an indigenous symbol of Hanan Pacha, the heavenly realm, which is unfortunately often the victim of poisoned carcasses or the bullets of disgruntled farmers. At Ccochahuasi, condors with damaged wings, eyes, and legs reside in a few gigantic wire pens, prompted to fly back and forth from end to end in order to strengthen the muscles they will need upon release. At the moment, Ccochahuasi is preparing to release two condors– a goal that they will hopefully accomplish by august upon receiving sufficient funds for a GPS tracking system and other necessary materials.

Speaking of funds and materials, Ccochahuasi is a family run project that functions mostly through volunteer help and donations without any government support. The hardworking and committed employees there operate on a shoestring budget, using every last piece of hardware, working every tool to the breaking point. 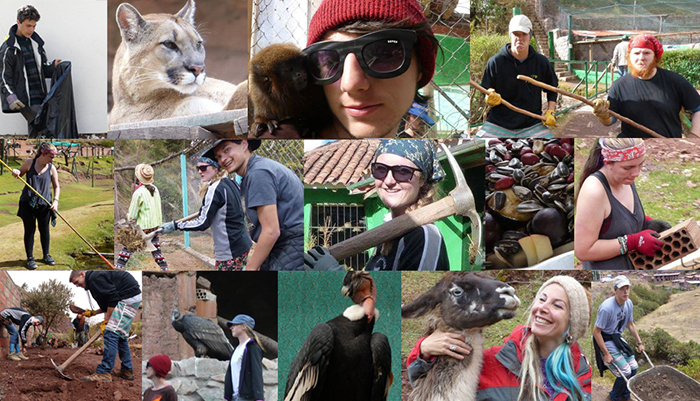 Project World School knows this quite well– we have been volunteering and donating to Ccochahuasi for the last five years, often dedicating at least a day or two of every retreat to whatever they need done.

This year, we finished construction in a new spacious enclosure for Ccochahuasi’s eagles, of which there are about twenty of different species. These majestic birds had previously been confined to a space about the size of a truck trailer, simply due to the fact that it takes a massive amount of time and funding to create a space where they can fly freely. After we helped to install a rock fountain for bathing and secure the last parts of the roof, we watched the eagles fly and jump about in their new home, with about fifteen times the previous space at their disposal. 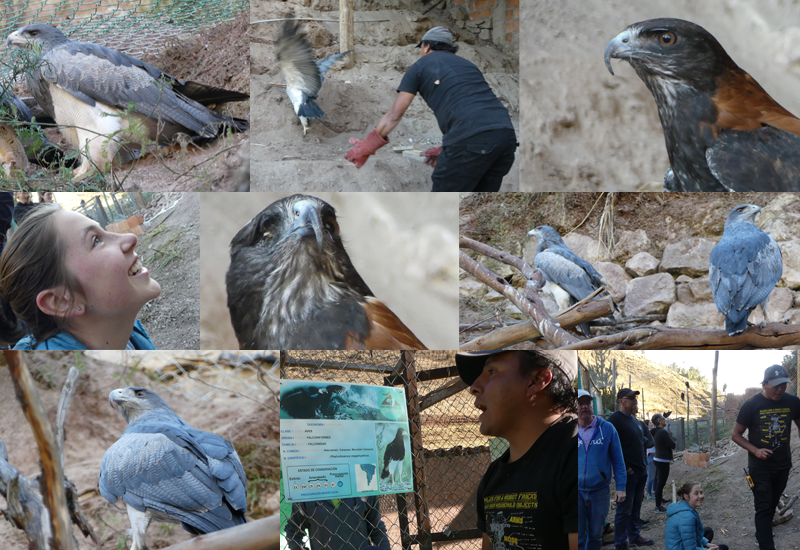 The space the eagles once inhabited is right next to one of the current monkey enclosures– the plan is to bust through the wall and create a much larger living space for the monkeys as well! This is the spirit of Ccochahuasi– continually trying to improve the lives of these precious animals with whatever they have available.

In the past, PWS has donated and helped build a concrete enclosure for endangered Andean spectacled bears, dug postholes for Vicuna shelters, fed countless monkeys, parrots, and pumas, and cleaned an inordinate amount of excrement. Every retreat we run in the Cusco area includes some amount of donation to the sanctuary in its budget, and participants have the opportunity to donate/volunteer more if they wish. Hell, you don’t even need to participate in a retreat to support or volunteer at this wonderful sanctuary! We are committed to helping this organization and we would humbly ask for your support as well– even as little as $5 goes a long way in Peru, though any amount would be greatly appreciated. In addition, we will match any donations up to the first 500 dollars! You can find their website here, with an option to donate in the top right corner– be sure to put “Project World School” in the paypal memo so we can match your donation, and thank you so much for taking the time to read about this superb sanctuary for awesome animals!