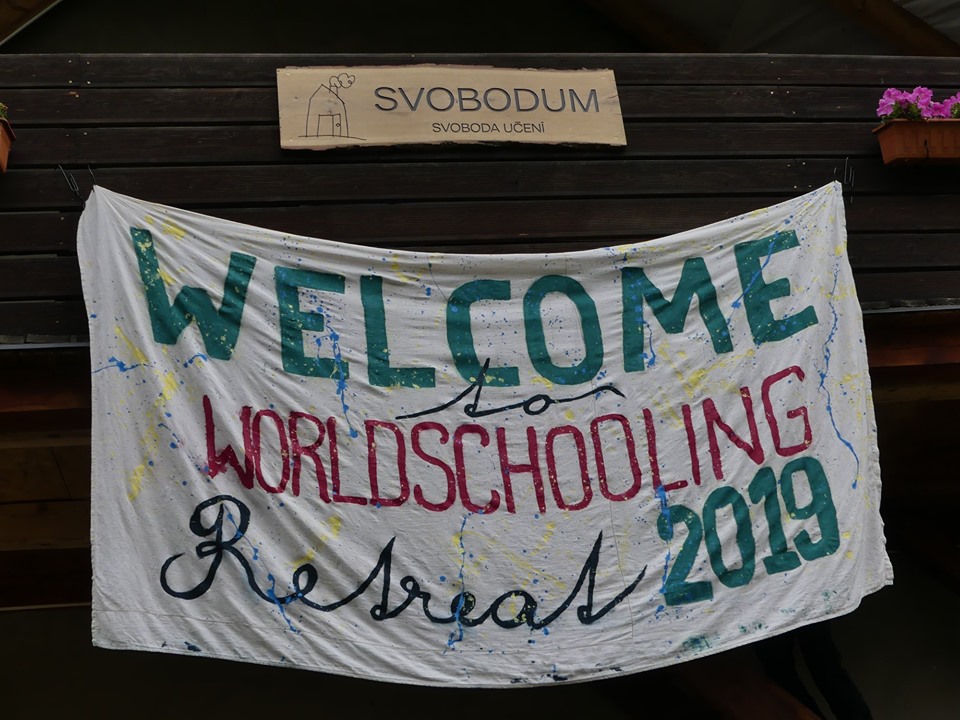 Last I wrote, I was summarizing the experiences and educational opportunities for our family retreat in Peru– since that time, a lot has gone on in the lives of the Project World School Crew. A few stressful days of travel (including an emergency overnight in London after a huge air traffic control incident at Gatwick) found us landing, tired and under the weather, in Prague’s Václav Havel international Airport. From there, our hosts Zdeněk and Michal ferried us to the small hamlet of Jindřichovice pod Smrkem, near the Czech border with both Germany and Poland. The town is located in the center of what used to be widely known as the Sudetenland, border country of Bohemia, once inhabited by ethnic Germans who were removed following the end of World War 2. We kept this in mind as we are currently working on a trip through Poland, Germany, and Hungary focusing in part on the history of the era– but this was not the reason we were here. Sprinkled here and there amongst the dilapidated and deserted houses and factories of the hamlet were new constructions, including one tall and arching wooden house that serves as an energetic and functional locus to the area’s small but growing group of unschoolers and homeschoolers.

Opened in May 2018, Svobodum is a self directed learning centre- the first of its kind in Czechia- dedicated to promoting respect towards children and their own control over their education. It follows an unschooling model, is open to those of all faiths, orientations, and ages, and practices voluntary participation without evaluation or academic pressure. Activities conducted at and around Svobodum include yoga classes, dancing, bonfires, and more- including conferences such as Svoboda Učení (“Free Learning,”) which Lainie and Miro were cordially invited to speak at. I tagged along and, following a moderate tangent regarding the history of laws regarding unschooling in Czechia, will go on to describe and offer my observations as to the experience. 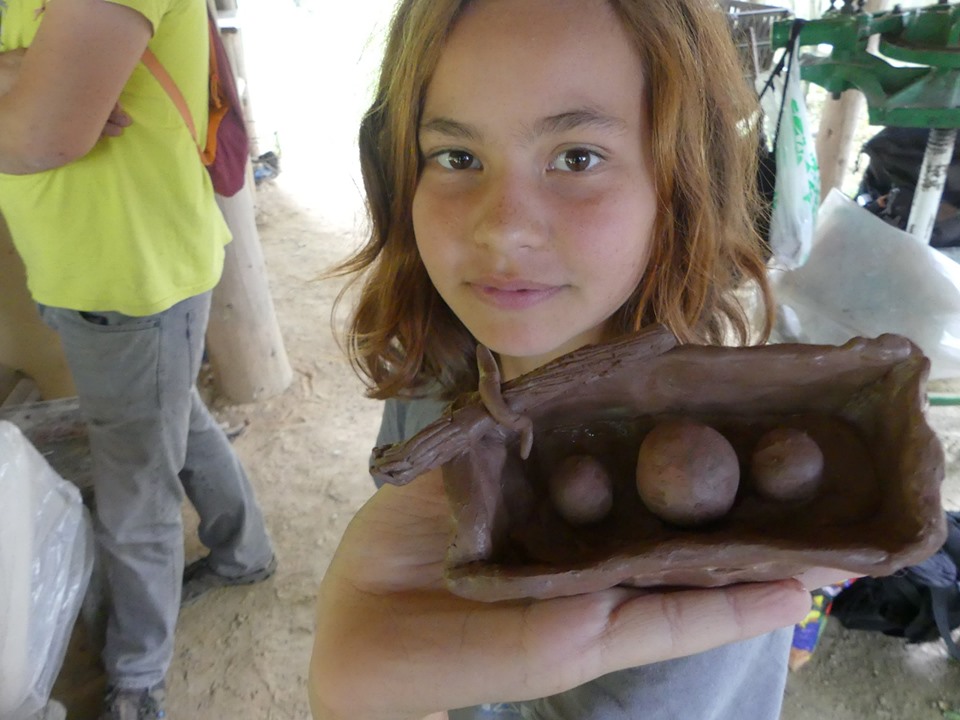 It feels necessary to go more in depth to the situation in which Svobodum resides due to both my background growing up as a homeschooler/unschooler in an area with extremely lax laws and for others with similar experiences. This is not to say that choosing a life of alternative education for oneself or one’s children is by any means easy somewhere like Massachusetts, just that the social and political conditions are differing, complex, and require some explanation. For one, homeschooling is technically legal in Czechia, but a family must apply for a permit, and even then it is unclear if homeschooling continues to be legal once a child reaches age 15. In addition, there are a multitude of teaching, curriculum, and testing requirements that Czech homeschoolers must grapple with in order to keep their relative freedom. Despite these hurdles, it is estimated that there are more than 2000 children homeschooling in the country. It seems, though, that the emphasis placed on testing by the government- which if failed results in loss of ability to homeschool- makes it all but impossible to “unschool” in the traditional sense, as the intrinsic motivations of kids rarely find them willfully studying the same tired doctrine which school systems are want to employ. People are creative (and sneaky,) however, and have been able to utilize various methods to circumvent the eye and hand of authority, including registering for a democratic school abroad, changing their resident address and hiding within their own house, actually residing in another country for a given amount of time, and holding their breath and hoping they turn invisible. (Okay, one of those wasn’t legit, but I won’t say which one.)  Regardless of situation or method used to deal with the situation, Czech homeschoolers and unschoolers live with systemic obstacles and issues that those who live under more liberal laws may never have to face- surely adding another piece of stress to lives which may already have a myriad with which they struggle. Unsurprisingly, education activists are working to change Czech laws towards homeschooling and unschooling with varying levels of success; and it seems likely that a gradually more progressive populace with more exposure to ideas of alternative education would be more open to their message. 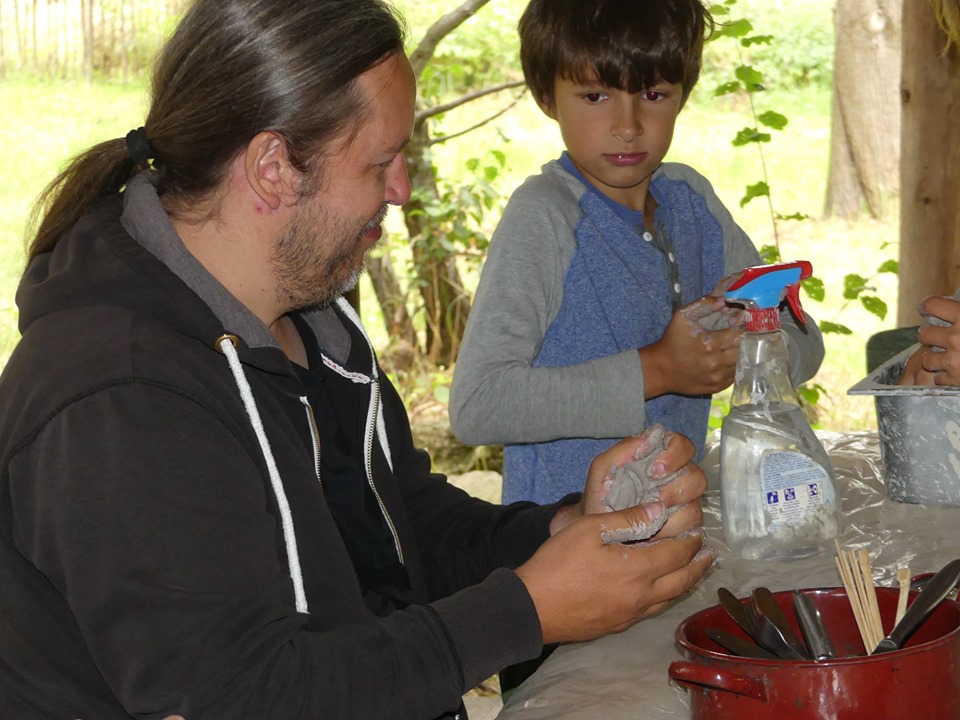 Summing up what I was getting to in the previous paragraph, hearing the stories of what Czech (and other nationalities, namely Swedish) homeschoolers and unschoolers had to deal with in order to continue their peaceful way of life made me think about my own relative privilege growing up out of traditional school in Massachusetts, where unschooling is perfectly legal. The most our family ever had to do was present a brief summary of what we were learning (in our more homeschooling years this manifested as a quasi-curriculum) as well as attend a 15 minute meeting with the principal of our local school. There were no mandatory tests, (relatively) no life-inconveniencing social stigma, and no fear of having the state intervene or take us away from our parents. Massachusetts alone, not to mention neighboring states with liberal education laws such as New Hampshire and Vermont, is home to more than 7500 homechoolers, meaning that I grew up as part of a thriving and self-sustaining network of alternative learners; in stark contrast with the relative isolation that Czech homeschoolers deal with. I went in to the conference with this difference in situation in mind, and the casual bravery and witty stoicism of the people I met blew me away. Without further ado, here’s what we got up to between July 12 and 21 in a little village in Czechia. 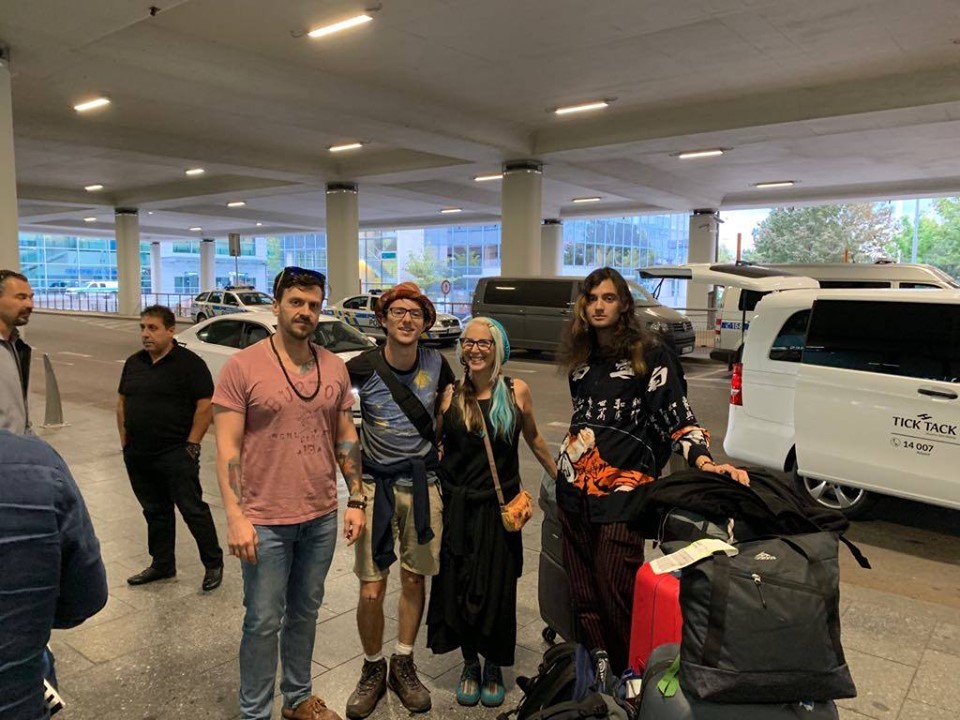 Svoboda Učení (once again) translates to “free learning,” a name quite appropriate for a conference centered around freedom in education, travel, and living. The conference has run in previous years catering to a mostly Czech audience- this year the wonderful people coordinating the event took many measures, including learning English, to attract and provide an experience for a more international crowd, unintentionally but unsurprisingly engaging with many worldschooling families, including Lainie and Miro. The talks and seminars delivered were in English, and so was the advertising, information, and conversation (save for the occasional chatting in Czech, German, Swedish, or Luxembourgish.) The topic material for presentations and discussions generally revolved around alternative education, freedom in child-rearing, and people’s personal journeys. Bonfires, sauna ceremonies, mushroom gathering, blacksmithing, intense games of werewolf, and loads more activities filled in the supple yet relaxed program. 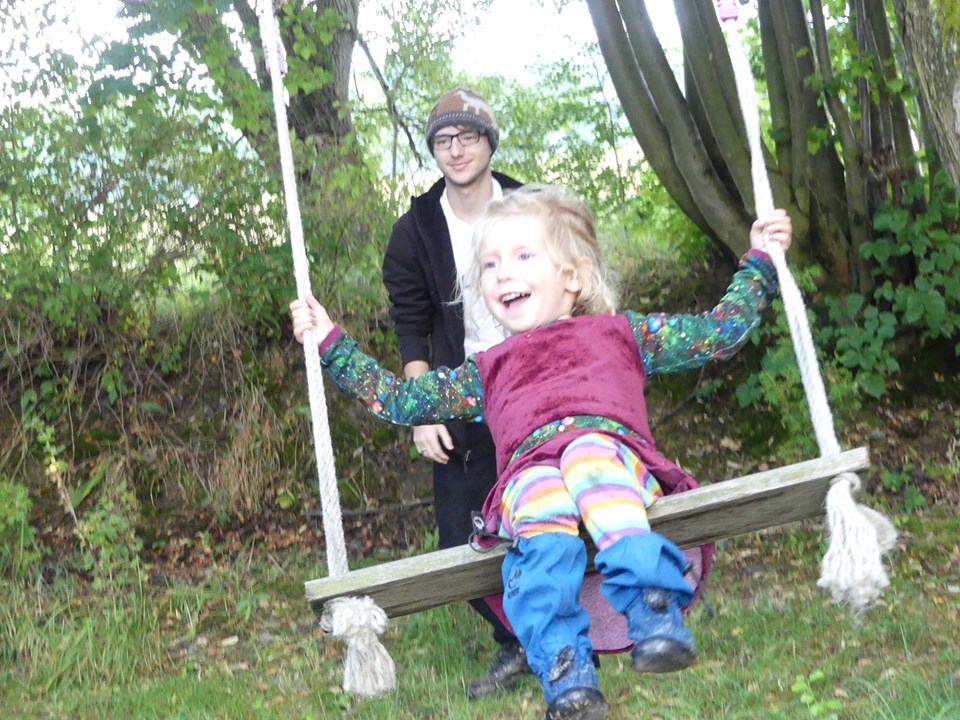 Lainie and Miro (and I) were originally supposed to be in Scotland conducting a teen retreat and teleconference in to give our talks, but due to unforeseen circumstances that retreat could not take place, meaning, quite fortuitously, that we were able to attend in person. Lainie and Miro talked about how they left the United States ten years ago on a journey that is still unfolding, holding the audience of parents and lifelong learners rapt as they shared their unconventional and inspirational lives, something that they have become quite adept at doing over the years. They also ran a seminar about cultivating a worldschooler’s mindset, running participants through activities designed to challenge and open up different ways of approaching the world and learning from it. Miro lead a presentation and discussion about ethics in worldschooling, sparking debate about topics including visiting countries with controversial regimes, questioning cultural practices that do not align with one’s personal morals, and the like. Lainie, quite in character, ran an improv workshop where conference-goers could get to know each other better and explore their theatrical sides through goofy and fun games. I generally kept myself busy entertaining kids, building bonfires, preparing the sauna, listening to as much Luxembourgish as I could (to be fair it’s not often that one hears the language outside of it’s native domain,) and doing other various things around the conference grounds. 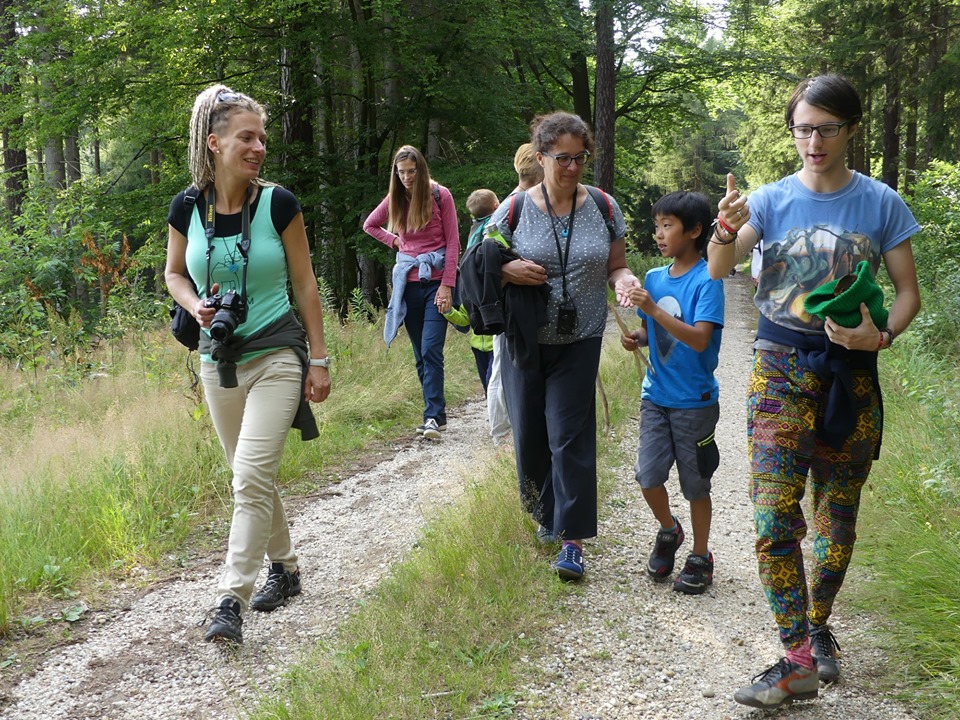 Lainie and Miro were by no means the only speakers there, though. Other moving presentations included that of Caroline King, a Swedish mother of three worldschooled children who has achieved a decent level of infamy in her home country for simply choosing to educate her kids with her husband on their own terms. As she informed us, Sweden’s laws regarding homeschooling and unschooling are even more strict than those of Czechia which I mentioned before- while she is now unable to safely return to her home country with her family, she seemed entirely unphased, instead speaking joyfully of the experiences she and her family had had around the world, and of the impromptu worldschooling community they had achieved as a result of extending their stay in Prague for some time. We also heard from Lucia, a Czech mother of three kids with medical conditions requiring serious effort– despite this hurdle, she had worldschooled with them for years and seemed as strong and happy as any other. Urza, a political activist who wrote the first Czech language book on anarchocapitalism, was also there to lead a discussion- I was unfortunately outside preparing the community bonfire during this, but considering how long the debating went on, I would say it was a massive success. 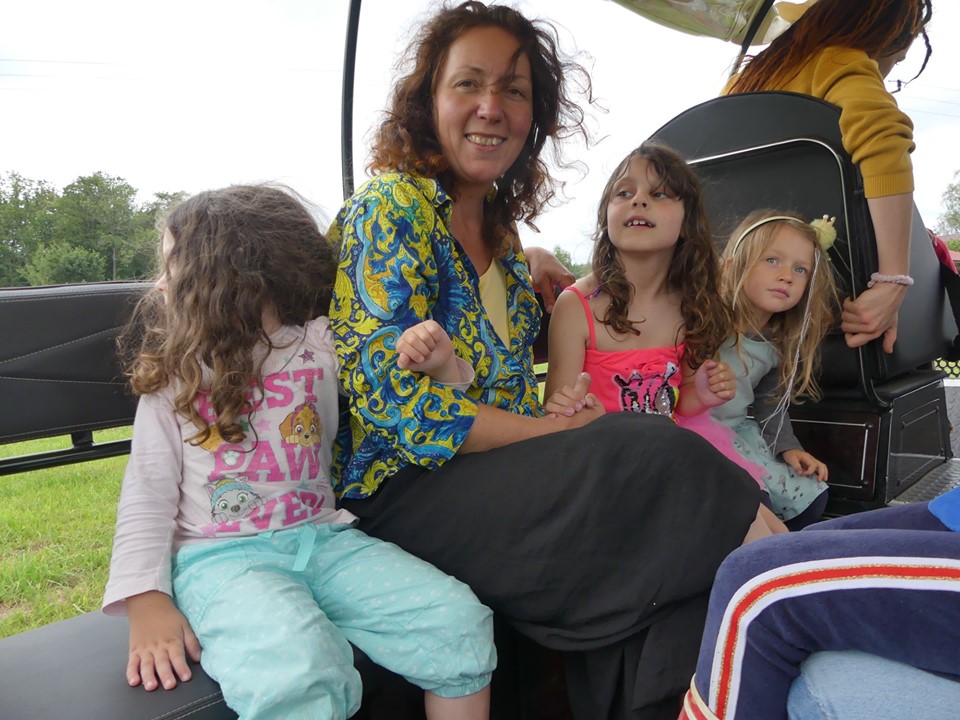 The above is by no means an exhaustive list of those who spoke and participated at Svoboda Učení, but it is a good example of what those who attended were like- unique, brave, and compassionate lifelong learners coming together to share ideas and experiences and to make connections for the future. With the conclusion of this conference, the web of relationships and journeys that makes up the worldschooling community (especially the part native to Czechia) was expanded and strengthened– highly recommend that anyone who would like to be a part of this community and/or hang out with and learn from amazing people attend this conference next year and, given the opportunity, we look forward to attending again as well! 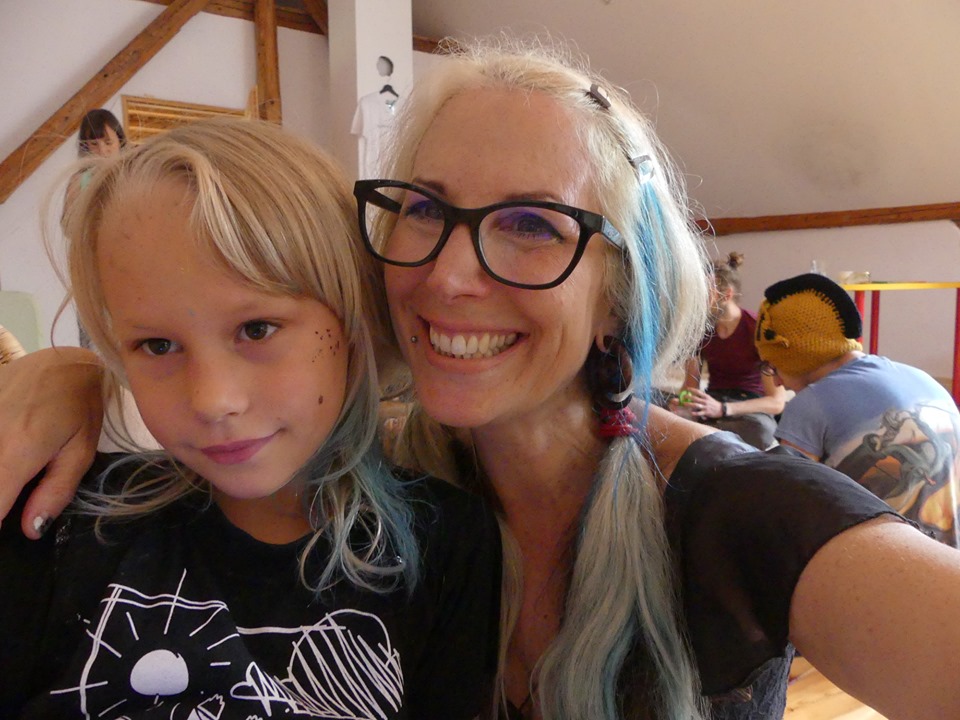 There were so many people who put in so much work to make Svoboda Učení the success it was, and I’m sure that I will not remember to call out all of them- nevertheless, we would like to extend a huge thanks to Michal, Ivka, and their family for hosting us, as well as Zdenka, Lad’ka, Pavel, Reza, Katka, Marek, Martin, Urza, Rose, and Katka (there were a few.) I know that there were some other organizers (and other people) involved with the planning who were unable to attend, and with whom I was unable to meet- I apologize for not being able to mention you by name, but know that your contributions were valued as well! Your collective work and activism not only sustains the Czech alternative education community and inspires those abroad; it creates a future for that community, expanding and legitimizing, and above all providing hope for freedom and truth in Czech children and those who parent them.

When a truth is not given complete freedom, freedom is not complete.

Hope is a state of mind, not of the world. Hope, in this deep and powerful sense, is not the same as joy that things are going well, or willingness to invest in enterprises that are obviously heading for success, but rather an ability to work for something because it is good. 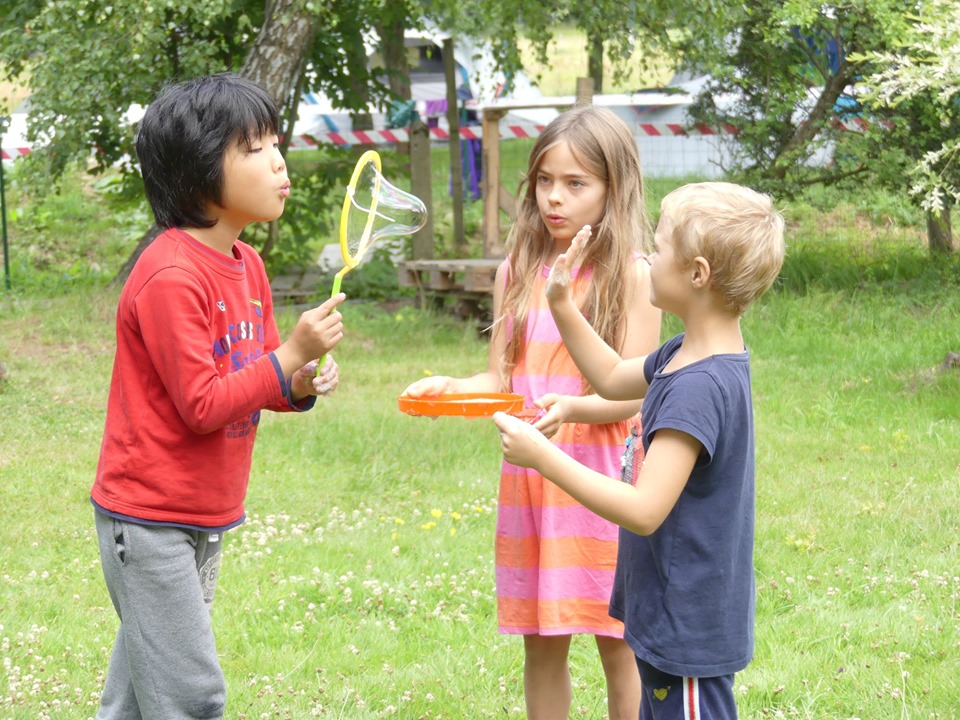